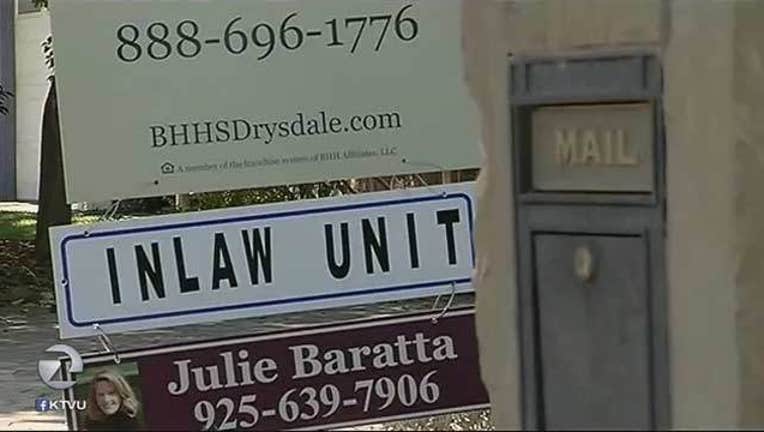 SAN FRANCISCO (BCN)-- Supervisor David Campos today introduced legislation that would give teachers and families with children new protections from eviction -- at least during the school year.

The legislation would prohibit landlords from evicting educators at San Francisco schools or child care centers or families with children during the school year. It would cover all types of no-fault evictions except

Ellis Act evictions, in which a landlord evicts tenants with the intention of taking the property off the rental market.

Currently, families with children are protected from owner move-in evictions during the school year, but Campos' legislation would expand those protections to all other no-fault evictions.

"We cannot legally stop landlords from evicting people. But what we are doing through this legislation is making sure that educators are not evicted from their homes during the school year, when it negatively impacts not just their lives, but the lives of their students and the entire school community," Campos said in a statement.

The legislation was introduced with the backing of the United Educators of San Francisco teachers union and officials with the San Francisco Unified School District, which is currently struggling to find teachers and substitute teachers.

"Due to the teacher shortage crisis, if a teacher is a victim of a no-fault eviction and must leave San Francisco, it is more than likely that we will not have a replacement for that classroom," said San Francisco Unified School District board member Sandra Fewer.

Salaries for credentialed teachers start at less than $3,400 a month and paraprofessionals average $2,083 a month, while the median rental price for a one-bedroom apartment in San Francisco is $3,620 a month,
according to Campos' office.

A December survey by UESF found that 70 percent of the union's members said they were renters, and 59 percent were worried that the high cost of living in San Francisco could prevent them from continuing to work
and live in the city, according to Campos' office.