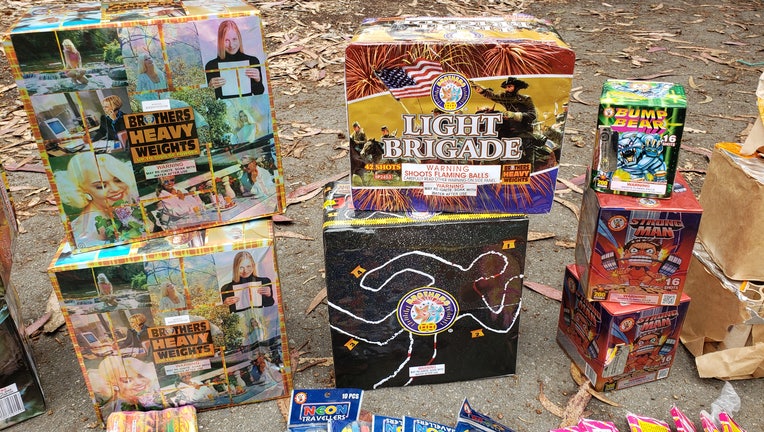 Plain-clothes police purchased fireworks from Angelo Paredes at 23rd St. and South Van Ness Ave and arrested him on the account of selling and possessing fireworks.

About 69 lbs. of illegal fireworks were also seized during the arrest, according to the San Francisco Police Department.

Police say that this remains an active investigation. Anyone with information is asked to call the SFPD 24-hour Tip Line at 1-415-575-4444 or Text a Tip to TIP411 and begin the text message with SFPD. You may remain anonymous.