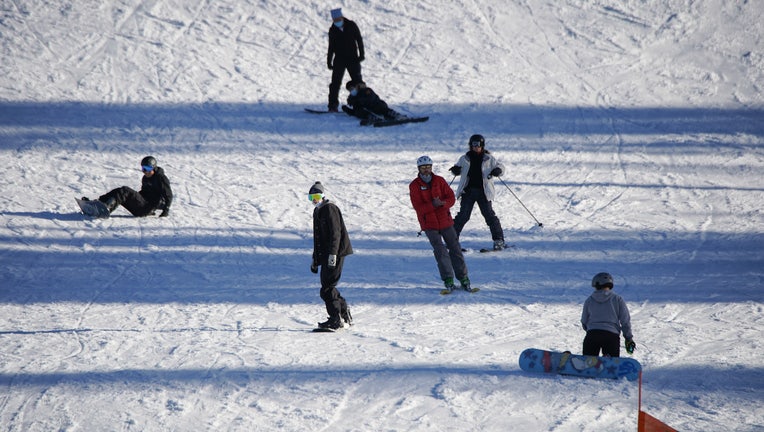 LAKE TAHOE, CALIFORNIA, UNITED STATES - 2021/11/27: People are seen skiing and snowboarding on a mountain near lake Tahoe in North California. During thanksgiving holiday, a lot of people in the United States choose to go for trips with friends and f

A 25-year-old San Francisco man died after an accident at a Tahoe ski resort over the weekend.

In a statement to KTVU, a spokesperson for the ski resort said the young man was found unresponsive around 4:21 p.m. near the closed Sunnyside trail.

Firs responders administered life-saving measurements and the man was taken to Tahoe Forest Hospital where he was later pronounced dead.

The official cause of death has not yet been determined, but preliminary findings show the man was not wearing a helmet when he fell and ultimately suffered a head trauma, the resort said.