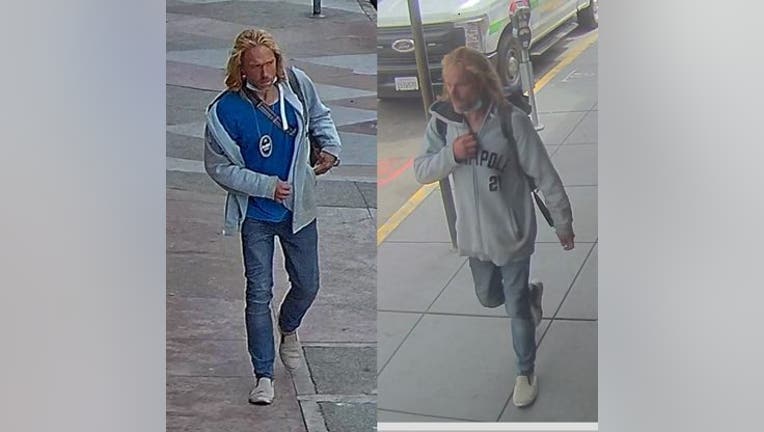 SAN FRANCISCO - San Francisco police have arrested a man who allegedly slashed a victim's face on Wednesday morning near Union Square after the victim said he didn't have any money to give.

SF Ingleside Station officers arrested Ryan Baker, 38, the same day of the attack after a citizen spotted the suspect and called 911. Officers responded at 7:35 p.m. to Alemany Boulevard and Justin Drive. Baker, who police said has no listed address, was taken into custody without incident.

Around 10:30 a.m., officers responded to the 200 block of Powell Street, in between Geary and O'Farrell streets, for a report of an assault, police said.

There, they found a 34-year-old man suffering from a large laceration to his face. The victim was taken to a hospital for his injuries, which were not considered life-threatening, according to police. SFPD said while not life threatening, the injury is "extremely severe."

Witnesses told officers the suspect initially approached the victim and asked for money. When the victim said he didn't have any, the suspect began yelling and brandished a knife, cutting the victim's face.

The suspect then fled on foot, police said.

Baker was wearing blue jeans and light gray zip-up hoodie with the word "southpole" written on the front and the number 21 beneath. He also wore a blue T-shirt and white or light gray slip-on shoes and carried a backpack, according to police.

Police provided a photo of the suspect in hopes someone would recognize him. The 911 caller who recognized him maintained visual contact with the suspect until police arrived.

Baker was booked into the San Francisco County Jail on attempted murder charges, assault with a deadly weapon, a battery charge, aggravated mayhem, a bodily injury enhancement and a parole violation.