Investigators say they're now looking to reunite more than a dozen bicycles with their rightful owners.

Investigators say residential burglaries have been up since the shelter in place order, and bikes are a frequently stolen item.

A look at just about any street in San Francisco will show you just how popular cycling is in the city. It turns out bikes are also popular with burglars.

Investigators launched a two month investigation at the end of August that included several undercover buy operations that netted them four bicycles and ultimately led them to the Burlingame home of 48 year old Israel Hernandez.

In all,18 bicycles were recovered.

Now investigators have a new mission.

"As of today the Mission station investigation team is working on rejoining the stolen bicycles with their owners," said Hang. 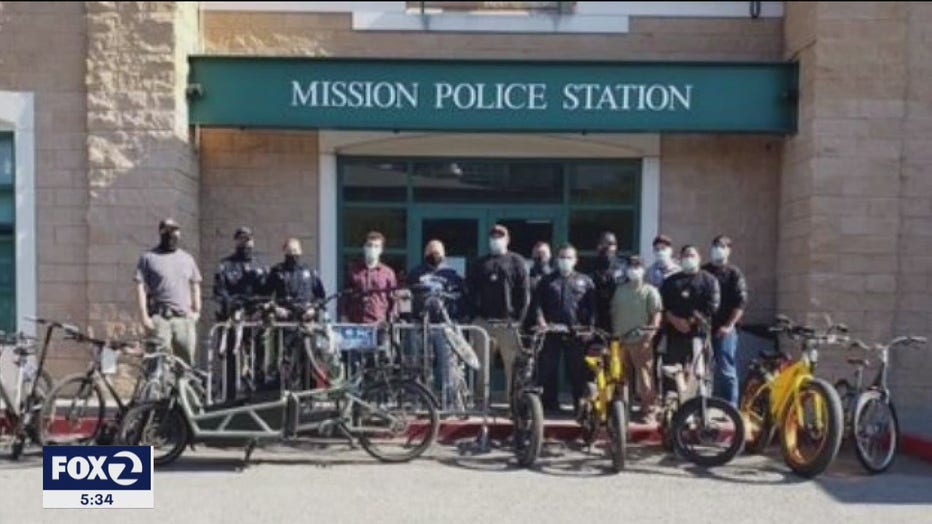 Investigators are asking anyone who recently had a bike stolen to look carefully and see if one of the bicycles in the photo is their bicycle.

Police are also passing on tips to help in the investigation if your bike happens to be stolen. They recommend alarm systems and surveillance cameras to capture any crime that occurs at your home, and they're urging people to take a photo of their bike, and to take note of the serial number, usually engraved on the bottom of the bike.