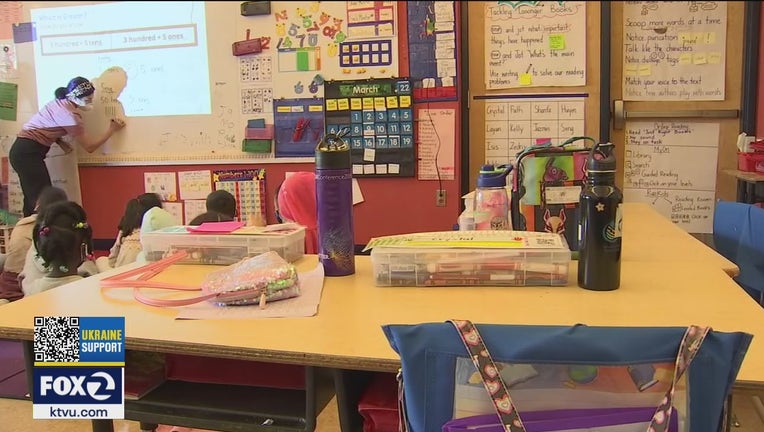 SAN FRANCISCO - It is decision day for families in the San Francisco Unified School District. Families are learning what school they're assigned. More than 14,000 letters will be going to San Francisco families about which school their kids will be attending, but this controversial process will be changing in just a couple of years.

Even though spring has just sprung, families are already looking toward the fall semester. More than 14,120 families applied for transitional kindergarten, kindergarten, 6th grade and 9th grade at San Francisco schools; up by about 200 families over last year.

San Francisco's system allows parents to choose whichever school they want in the city and then enter a lottery. "What the lottery does is sort of sorts families into schools and parents get in," said Lauren Koehler from SFUSD's Educational Placement Center. "It looks for the parents, the highest choice the parent put on the application and assigns the child to that school."

The district says more than 88% of students will get one of their top three choices; families need to respond to the district and enroll students by April 8. But Helen Smolinski says her son fell into that 12% who didn't get one of the schools they want, instead her son was assigned to a school across town.

"They asked for five choices, I put down five choices. Guess how many I got? Zero," said Smolinski. "I know lots of us parents are experiencing this right now."

Smolinski says she's frustrated that her son will have to keep re-applying to get into a school that he lives near and wants to go to. "Can we just have real solutions for real people," asked Smolinski.

In fact in the 2024-25 school year San Francisco will be changing the elementary school selection process, allowing families to pick from about a dozen schools close to where they live. "The benefits of that are that it increases proximity for families so that they'll be guaranteed to go to a school that's closer to their house, it increases predictability, they'll definitely get one of those 12 schools, we won't assign them somewhere across town, and it increases diversity," said Koehler.

The district is currently looking for family input on how those new school zones will look. The new selection process will only be for elementary schools for now.

Families who want their kids to attend one of San Francisco's language immersion programs will still be able to send their kids to schools outside their neighborhoods.