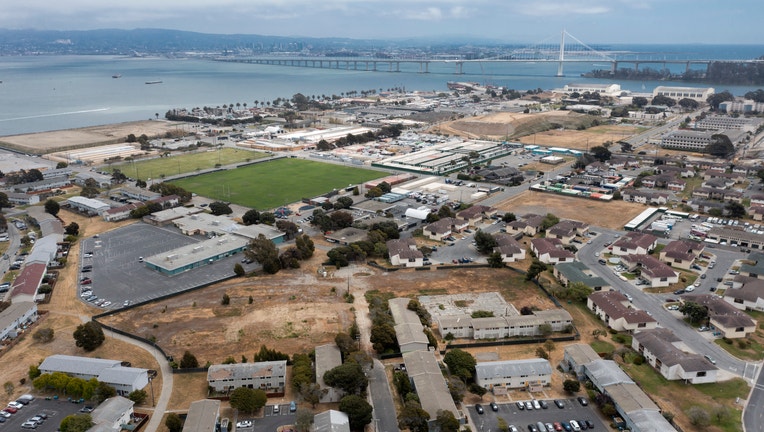 SAN FRANCISCO, CA - MAY 13: Treasure Island and the eastern span of the Bay Bridge are seen from this drone view in San Francisco, Calif., on Thursday, May 13, 2021. (Jane Tyska/Digital First Media/East Bay Times via Getty Images)

The suit was filed against Tip Top Trucking, LLC, Neeve Engineering, Inc., and Neeve's principal, Joseph Lawrence, seeking damages and penalties, after the city spent $200,000 to have the materials tested and removed, Chiu said in the statement.

"Thousands of San Franciscans live on Treasure Island--it is not a dumping ground," said Chiu. "We are seeking to cover the costs of removing and testing the illegally disposed material, ensuring the City is made whole."

The dumping was witnessed in May 2019 on City property near Avenue I and 5th Street by a contractor for the Treasure Island Development Authority. None of the defendants had permission from the City to engage in this activity, Chiu said.