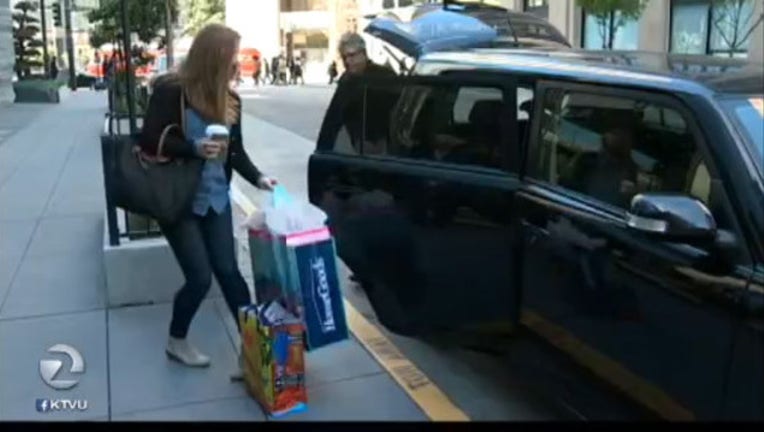 SAN FRANCISCO (BCN) San Francisco Supervisor Jane Kim is calling for the city to consider imposing a fee on trips using ridesharing companies such as Uber and Lyft to help pay for congestion management efforts.

Kim today called for the city attorney's office to analyze whether the city could impose a fee similar to the 20-cents per ride fee imposed in Massachusetts.

The move comes as city officials express growing concern over the congestion caused by circling and double-parked Uber and Lyft drivers. A report released by the San Francisco Treasurer's Office last year indicated
there were up to 45,000 ride-share drivers working in the city.

"The increase in Uber and Lyft cars on our streets has been a boon to their investors but a bane to other drivers," said Kim. "A very modest fee on ride sharing could provide the needed revenue to make sure we're dealing with congestion before our roads become parking lots."

The proposal is likely to contribute to an increasingly contentious relationship between Uber and the city.

The company, which angered city officials earlier this year by launching autonomous vehicles without proper state permits, is currently fighting a legal battle with the city over efforts to collect the names and contact information of drivers.

City tax officials say they need the information to ensure drivers have registered for business licenses. Uber, arguing that it is protecting driver privacy, is meanwhile lobbying for state legislation that would
effectively limit the city's ability to demand business registration for all drivers.

The company has also resisted calls to share data with the city and fought against efforts to require stricter background checks for drivers.