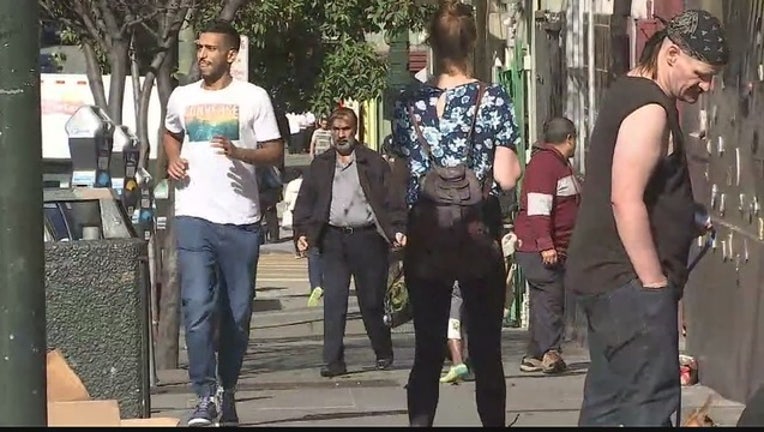 SAN FRANCISCO (AP) -- San Francisco hands out millions of syringes a year to drug users but has little control over how they are discarded and that's contributing to thousands of complaints.

The city distributes an estimated 400,000 syringes each month through various programs aimed at reducing HIV and other health risks for drug users. About 246,000 syringes are discarded through the city's 13 syringe access and disposal sites. But thousands of the others end up on streets, in parks and other public areas, the San Francisco Chronicle reported Thursday.

Syringes discarded in public places have become a nationwide problem amid growing heroin use. But in compact San Francisco (about 50 square miles, or 12,950 square hectares), where there is a growing homeless population, the problem is a lot more visible.

Last year, the city's logged more than 9,500 requests for needle pick-up. This year, there has been more than 3,700 requests already.

Still, the city has no plans to change its policy of handing out unlimited numbers of needles.

"Research shows that reducing access to clean syringes increases disease and does not improve the problem of needle litter," said Barbara Garcia, director of the Department of Public Health.

To address the problem, San Francisco Mayor Farrell has hired 10 workers whose sole job will be to pick up needles starting in June.