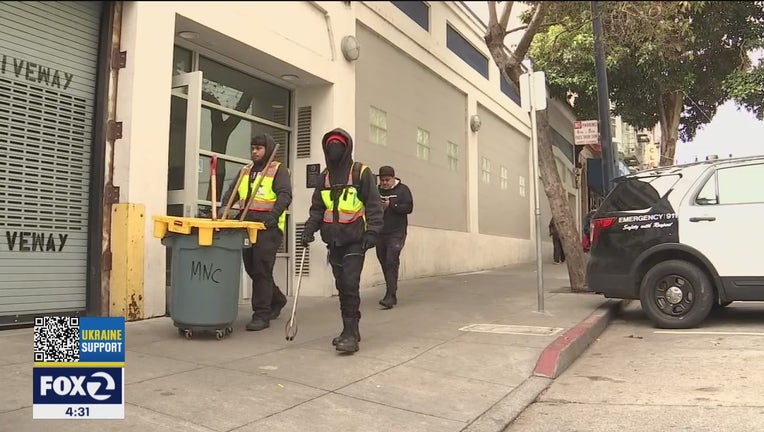 SAN FRANCISCO - The 90-day emergency declaration aimed at cleaning up San Francisco's Tenderloin District expires Thursday. The mayor’s office is saying just because that order is expiring; it doesn't mean the work is over.

The mayor's office says one way to think about that emergency declaration is like a jump start. Now that the fixes are in motion, that emergency order is no longer necessary.

People living and working in the Tenderloin say they've noticed a difference on these streets. "Since I've gotten here two months ago it has gotten better around here," said Aimee Mullins. "Because two months ago these streets were lined by people doing their drugs around kids and stuff like that, bad. But, they're not like that anymore."

District 6 Supervisor Matt Haney, who represents the Tenderloin, disagrees. During a hearing at Tuesday's Board of Supervisors meeting on progress made during the emergency declaration he was critical of the progress of the emergency order.

"The conditions in the neighborhood have not changed. The health and safety issues are as real and urgent as ever. The drug dealing and the drug use is very much still there, as bad, if not worse, as before," Haney said.

On Thursday, Haney told KTVU that the area needs continued investment and attention, and that now is the time to expand on solutions, not scale back.

Mary Ellen Carroll from the city's Office of Emergency Management says the emergency order allowed the city to act quickly, and even with the emergency order expiring they can continue to develop the programs started over the last three months. "As I stated the other day, we don't need an emergency declaration to respond to an emergency," said Carroll.

However, the emergency order allowed the city to bypass bureaucracy and to immediately begin focusing on some of the most pressing issues facing the Tenderloin.

City officials say the emergency order allowed them to open the Tenderloin Linkage Center in weeks not months; to connect homeless and those with mental illness or chemical dependency to city services. Just this week San Francisco police committed to increasing the number of officers patrolling the area by at least 20 every day.

Captain Chris Canning from the Tenderloin Station says the additional officers will help build on their successes. "There were clearly some challenges here, and we're working through that and there's momentum and traction," said Captain Canning. "Not only is it noticeable to me, what I hear in the community, it's noticeable from kids walking to school."

Looking forward, people living in the Tenderloin say they want to see more police walking the beat, and they want the city to build on the successes they've seen so far to address situations like open air drug use. "I think there needs to be spots where they can do their drugs off the streets so that they can get some kind of help," said DuVaul from San Francisco.