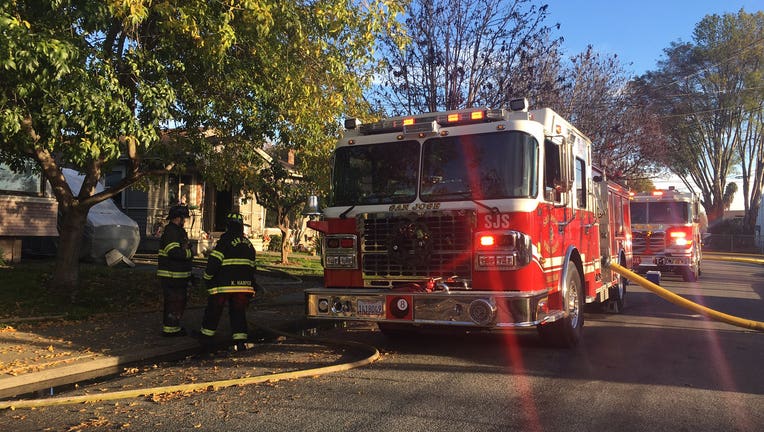 A firefighter was injured battling a structure fire in San Jose on Tuesday.

SAN JOSE, Calif. - A firefighter is recovering at the hospital after he fell into a basement while fighting a structure fire Tuesday in San Jose, officials said.

Multiple people are displaced. No residents were inside at the time of the fire a San Jose Fire Department official said.

KTVU's Azenith Smith is at the scene. There is no word on the cause of the fire.