SAN JOSE, Calif. - Family and friends described the mother and daughter who died in a hit-and-run last week in San Jose as the "pillars of the family" who had gone out for an evening stroll and never came home.

Both Kaurs were walking in the crosswalk at Ocala Avenue and Oakland Court about 6:30 p.m. Thursday, when police said they were struck by a driver in a red pickup, who was captured on a neighbor's video driving down the street.  Detectives said the driver kept going after the crash.

Kuljit Kaur's two teen daughters, Harneet and Manpreet, said that they are devastated about what happened. They had expected to welcome the women home after their neighborhood walk, the sisters wrote in a GoFundMe post,

"Instead," the daughters wrote, "they were victims of reckless driving, which cost them their lives."

A member of the San Jose gurdwara, or temple, said Kuljit Kaur had just arrived in this country from India about a week ago, he said. She was seeking permanent U.S. residency. She had been apart from her mother for 16 years.

The intersection of Ocala and Oakton Court is a long, straight stretch of road where drivers don’t always stop for pedestrians, as a KTVU photographer found out.

A veteran crossing guard in the area said he fears for the children he helps keep safe.

"Every morning, I make sure that my stop sign, always waving, to make attention to the coming cars over here," Miguel De La Santos.

San Jose city transportation officials said this intersection has not been a problem in the past. Only three collisions have occurred there since 2016. Still, the city’s Mission Zero initiative is redesigning pedestrian crossings near seven schools in this area to make them safer.

The teen daughters lamented the fact that their grandmother and mother had waited so long to be together in the United States and that they had just migrated to California "to start our new journey and work toward our American dream." 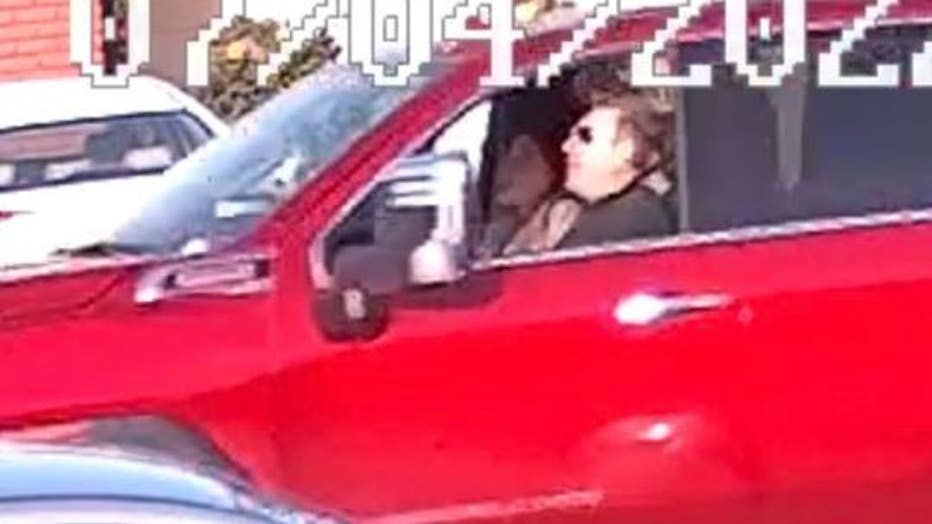 San Jose police are seeking the driver of this pickup after a mother and daughter were killed near Ocala Court.