The San Jose Police Department said the deaths were reported at 6:26 p.m. in the area of Ocala Avenue and Oakton Court. This is right in front of the middle school Ocala Steam Academy.

Police say the women were in a marked crosswalk when they were hit. They were both taken to local hospitals where they were pronounced dead.

In an update Friday morning, San Jose police said their preliminary investigation revealed the vehicle that hit the women was a newer red pick-up truck that took off northbound on Capitol Expressway.

They're asking for the public's help identifying the driver and they released photographs of the truck in question. 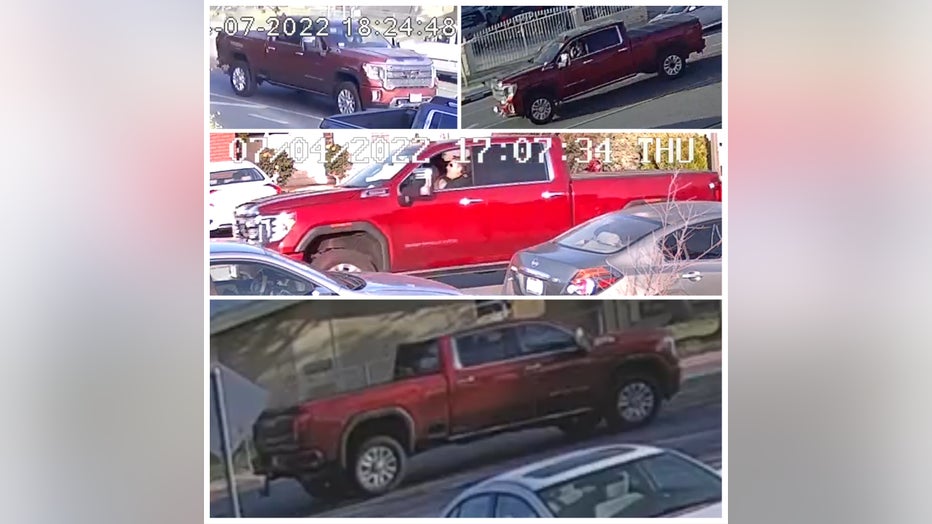 Neighbor Bianca Beltran said she was enjoying the warm evening when she saw a lot of police cars pull up.

"I stood up to see what was going on, and I saw bodies on the floor just laying there, and they were performing CPR," said Beltran.

Beltran said cars go down the street in that area too fast.

"At 1 or 2 in the morning, Capitol Expressway, you hear the cars racing. You’ll hear donuts right here at the corner and cars speeding straight down. And it’s crazy because there’s a school," said Beltran. "We need a traffic light right here, it’s ridiculous. Even the cross walkers have to like stand in the middle of the street and tell cars to stop because they’ll keep going."

San Jose has been seeing a trend of rising traffic deaths recently. This is the city's 13th and 14th pedestrian deaths this year.

In all of 2021, 23 pedestrians were killed, according to the city's Vision Zero Task Force aimed at reducing traffic deaths.

Police have not released the names of the women who were killed.

If you have any information about who the driver might be, police are urging you to contact Detective O’brien at 408-277-4654.

You can also submit crime tips and remain anonymous by using the P3TIPS mobile app, calling the tip line at (408) 947-STOP, or on www.svcrimestoppers.org.