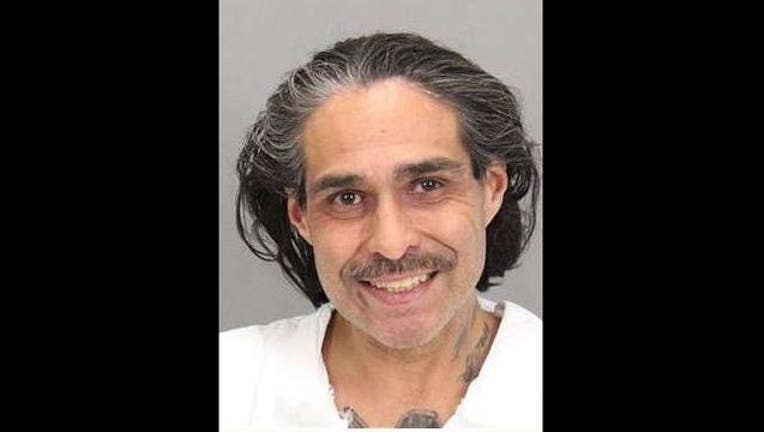 Robert Martinez, 47, has been booked into Santa Clara County Jail on suspicion of murder on Feb. 9, 2019. Photo: San Jose police

SAN JOSE, Calif. (BCN) - Police have arrested a suspect in the Saturday evening stabbing death of a man at a San Jose motel.

Robert Martinez, 47, has been booked into Santa Clara County Jail on suspicion of murder, police Sgt. Enrique Garcia said in a news release.

Police were alerted around 6:37 p.m. Saturday to a stabbing at the Palm Tree Motel at 2724 Monterey Road. Upon arrival, officers found the victim suffering from at least one stab wound. The victim was taken to a hospital, where he was pronounced dead a short time later.

The victim has not yet been identified by the Santa Clara County Medical Examiner's Office.

Police say Martinez and the victim lived at the motel in separate rooms. The victim was visiting Martinez's room when Martinez allegedly attacked him and fled. Officers located Martinez nearby and arrested him.

Anyone with information on the case is asked to contact Detective Sgt. Jesus Mendoza or Detective Todd Jennings at (408) 277-5283.