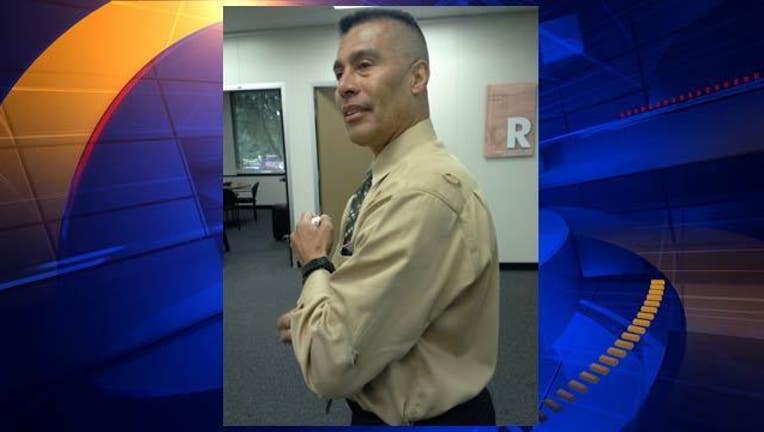 SAN JOSE, Calif. (KTVU) -- The police chief in San Jose had an unusual start to his work day Monday morning when he arrived to see a handcuffed man running through the department's parking lot who he proceeded to tackle and take back into custody.

Chief Larry Esquivel arrived at work at 9 a.m., driving his car into the secured SJPD parking lot. When he arrived, he spotted a handcuffed man running through the lot.

Esquivel got out of his car and shouted at the man to stop. When the man ignored the order and kept running, the chief pursued the man before tackling him.

The man was able to get up and started running again, but the chief gave chase once more onto city streets and tackled him again. Esquivel held the man down until other officers from inside the station ran over and took the man back into custody.

The man was identified Hector Flores Arias, 26-yrs-old, wanted in a 2009 murder in San Jose. Arias had recently been brought up from Mexico and turned over to the department. He was being held in a holding room handcuffed behind the back, but somehow was able to work the cuff to the front of his body.

He was in the process of being booked for murder one. A San Jose Police Department spokesperson said authorities are looking into department security measures to determin how Arias was able to escape and make into the parking lot before the chief stopped him.