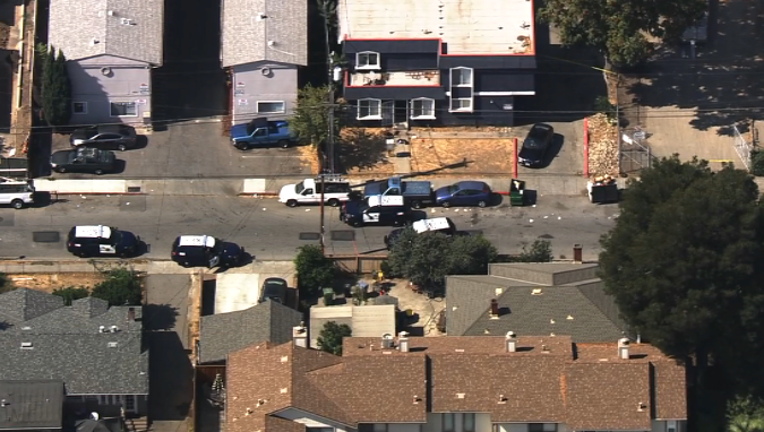 SkyFOX captured the scene of a shooting San Jose police say happened on the 400 block of S. Willard Avenue.

SAN JOSE, Calif. - San Jose police on Tuesday said detectives have responded to four shootings in 11 hours; at least two of them have been fatal.

The most recent shooting was reported just after 11:15 a.m. on the 400 block of S. Willard Avenue, police said.

At 8 a.m., police said they were on the scene of a homicide on the 3000 block of Loma Verde Drive.

At 7 a.m. on Tuesday, police said they were investigating a shooting in the western part of the city, which prompted the closure of eastbound Story Road from McLaughlin to Hwy 101 and north and southbound McLaughlin from Panoche Avenue to Story Road.

And sometime last night, police said they were investigating a fatal shooting at the Extended Stay on San Ignacio Avenue.

It is unknown if any of these shootings are related.

In Oakland, there had been several shootings as well. Two shooting deaths were reported within 30 minutes of each other late Monday night, following a weekend of violence where at least four people died.