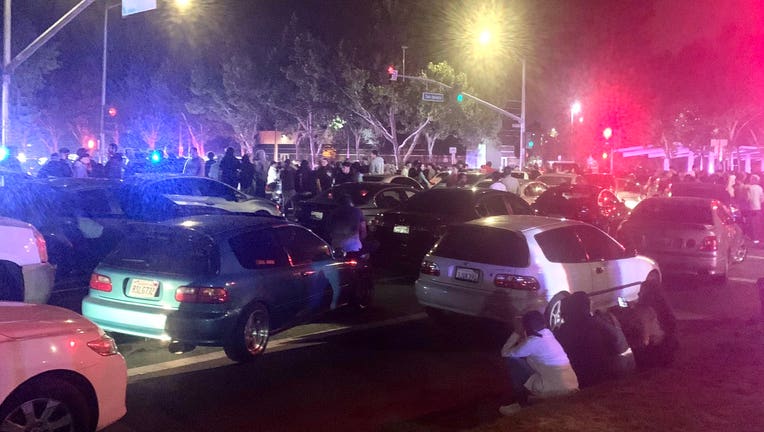 San Jose police officers broke up a sideshow over the weekend that led to almost 200 citations.

SAN JOSE, Calif. - Officers shut down a big sideshow in San Jose over the weekend and
issued 170 citations to spectators.

Throngs of people gathered Saturday night in the area of San Ignacio Avenue and Great Oaks Boulevard to watch cars spin out.

Officers arrived at the scene and broke up the illegal sideshow, giving out citations to onlookers and impounding involved vehicles.

"This dangerous activity is not welcomed in San José, we will find you, cite you, and tow your car if possible," the police department wrote on Twitter.

Police seized six cars that will be impounded for 30 days, the department said.

The department shared a photo from the raucous street party that shows a man holding up what appears to be an assault rifle and letting off a shot. 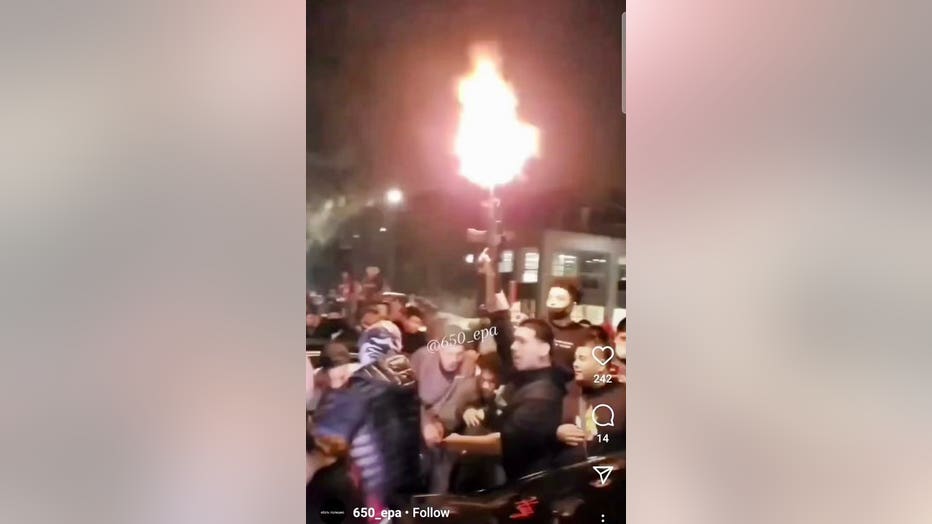 The San Jose Police Department shared a photo of a man with an assault rifle at a weekend sideshow.

"For those that think this is just a bunch of young people showing off cars, look at the photo with the gentleman and the assault rifle," the department said.

The sideshow appeared to have left its mark, with large tire marks and graffiti still present at the scene, officers said.

About two weeks ago, San Jose cited impounded four cars, seized a ghost gun and cited 20 sideshow spectators who were allegedly involved with another sideshow.