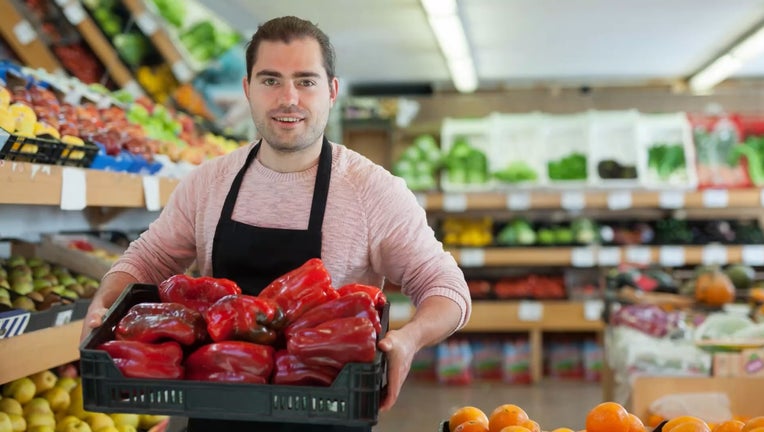 SAN LEANDRO, Calif. - A day after the San Leandro City Council voted on Tuesday to give grocery workers hazard pay, the California Grocers Association filed suit against the city.

Like Oakland, San Leandro's City Council voted to give grocery workers a temporary $5 per hour pay raise, which the grocers' association says is unconstitutional under state and federal law and violates the National Labor Relations Act.

"The extra pay mandates will harm customers and workers," said Ron Fong, president and CEO of the grocers' association, in a statement.

He said the pay raise is an average increase of 28 percent in labor costs for stores, which is too large for them to absorb without consequences for customers or workers.

Stores may raise prices or cut workers' hours. Two stores in Long Beach closed after the city approved a $4 per hour increase for grocery workers there.

No other stores in California that the association is aware of have closed following the wage increases.

San Leandro's ordinance applies to stores with 300 or more people nationwide. It went into effect at 12:01 a.m. Wednesday and will remain in effect for 120 days or until Alameda County is in the least restrictive tier of the state's Blueprint for a Safer Economy, or until grocery workers are vaccinated.

City officials said about 2,100 workers in San Leandro are eligible for the increased pay.

"This action will mitigate grocery workers' overexposure to the COVID-19 virus because they will not have to work two to three jobs during this time," San Leandro Vice Mayor Victor Aguilar said in a statement.

But according to the grocers' association, if grocers must reduce operating costs because of the pay increases, workers' hours would get cut by 22 percent.

The association also cited research showing grocery prices could go up by $400 yearly for a family of four due to the higher wages.