SAN LEANDRO, Calif. - In an unusual move, the San Leandro City Council is asking California's Attorney General to conduct an independent investigation into the death of Steven Taylor, a black, mentally ill man who was shot and killed wielding a bat in Walmart.

"I hope that the Attorney General will investigate the killing and make findings as to whether it was or was not justified," Aguilar said. "I also hope that the Attorney General will provide a statement on whether criminal charges should or should not be brought against the officers involved. I want the public to know that we hear them, and that for some, having the District Attorney investigate is not a direction they want this to go. I believe that my colleagues on the city council and I understand the current political climate, and are extremely sensitive to this situation."

Taylor, 33, who suffered from bipolarity and schizophrenia, was shot to death by police inside the Hesperian Boulevard store on April 18. Taylor is African American and the two officers appear to be white.

Taylor was waving a baseball bat around in the store, alarming some customers. When police arrived, officers said they repeatedly told him to drop the bat, to no avail. Police used a Taser on Taylor and then one of them also discharged his gun.

Taylor died in the store, and the scene was captured on cellphone and body camera video.

His former fiance, Edna Reed, described Taylor as a "very sweet individual who sometimes cared too much."

He was a father and attended San Leandro High School. He loved to sing and dance. About three years ago, she said he began hearing voices, and he ended up living on the train tracks off Marina Boulevard.

Despite the strain on their relationship, Reed said the two were in love. Taylor asked her to marry him two days before he was killed.

San Leandro, a city of about 90,000 just south of Oakland, has had eight officer-involving shootings since 2014.

This is the city's first time the council has asked the Attorney General to investigate such a matter.

On Monday, the mayor and city council directed the city manager to issue a letter to Attorney General Xavier Becerra seeking an "independent investigation" into Taylor's death.

If Becerra accepts the request, the investigation would run parallel to the San Leandro Police Department's own inquiry, as well as one by the Alameda County District Attorney's Office.

While the actual San Leandro request was made during the height of worldwide protests over the death of George Floyd, the decision to request this outside help came before the Minneapolis tragedy, city officials said.

A spokesperson from the AG's Office confirmed they were aware of this request but have not yet received anything formal from San Leandro.

"I understand the rage. We haven't moved very far in this conversation."

The resolution was the idea of committee member Pamela Price, who ran unsuccessfully for Alameda County District Attorney two years ago.

Price said she hopes the AG's Office will accept the case. If so, she said that Taylor's death could be the first test of California's new use of deadly force law, which mandates that officers must use lethal force only when "necessary" as opposed to the old standard of "objectionably reasonable."

His ruling could, therefore, set a standard for individual district attorneys offices charged with reviewing officer-involved shootings under this new standard, Price said. 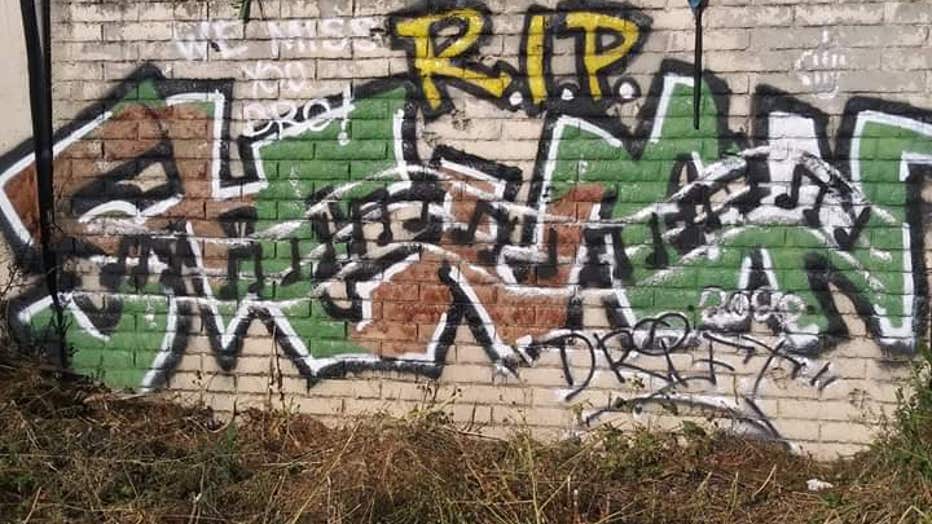 A mural for Steven Taylor who was killed April 18 by San Leandro police.

In an interview on Wednesday night, Mayor Pauline Russo Cutter said she is hoping the AG's independent investigation would "instill some trust back in the community."

A pre-school teacher by day, Russo Cutter said she actually knew Taylor when he was in 8th grade; they worked on a gingerbread project together.

And so, when she watched the video of him being killed inside the Walmart, Russo Cutter said she simply felt sad.

"My gut reaction was, 'What a tragedy,'" she said. "I felt sadness and horror. I was sad that we weren't able to offer him more mental health services to make sure he didn't get to that point."

Steven Taylor was shot to death by San Leandro police inside a Walmart on April 18, 2020

She stopped short of making any comments about what the officers did, and whether she thought they could have subdued Taylor without killing him.

The Taylor family is being represented by civil rights attorney S. Lee Merrit of Philadelphia, and Russo Cutter said she is sure there will be a lawsuit against the city.

And while the city council move was to ensure transparency, San Leandro is still refusing to name the two officers saying they have gotten death threats, despite a public records request by this news organization as well as the ACLU.

Certain police personnel records, including when lethal force is used, must be made public under a transparency law, SB 1421. But cities may withhold the information for 60 days if the matter is under active criminal investigation, which this is.

Russo Cutter said that she has been informed that the officer who pulled the trigger has no red flags in his background, something she learned in a briefing.

Still, the public has not been told their names, and there is no way to know if they have had past sustained allegations or complaints against them without knowing their identities. In addition, the city has not elaborated on the threats, despite an ACLU request to do so.

"The threats would only get worse because of the George Floyd protests," Russo Cutter said.

Engelbart said the officer who discharged his duty weapon is not back to work. And his partner is back on duty.

As for what the investigation will yield is yet to be determined.

But Russo Cutter said she hopes that something good can come from it as the nation roils with the injustices perpetrated on members of the black community.

"I understand the rage," she said. "We haven't moved very far in this conversation."