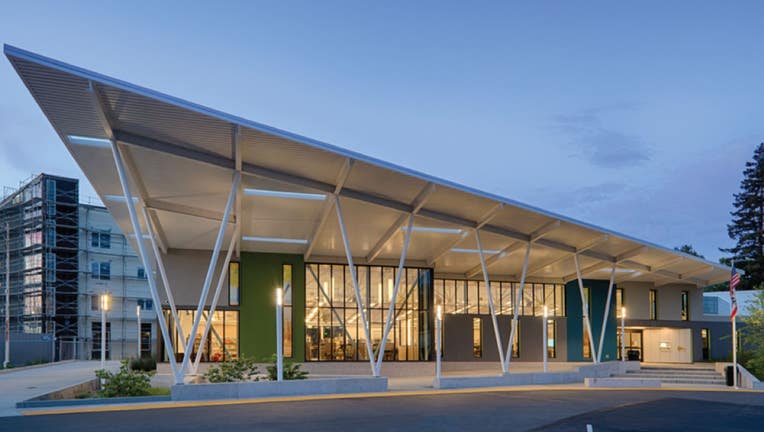 SAN LORENZO, Calif. - A Pride-themed monthly event series kicked off at the San Lorenzo Library on Wednesday in response to an incident that occurred during the library's Drag Queen Story Hour event last month.

The library's new event series "Every Month is Pride Month" will run for a full year, aiming to reaffirm Alameda County's support for LGBTQ+ communities. It was funded by Supervisor Dave Brown's office and supported by local LGBTQ+-oriented organizations.

The series' first event started with an opening ceremony, followed by a poetry reading and a Pride-themed story time. Speakers included Brown, Alameda County Librarian Cindy Chadwick, and the Rev. Dr. Arlene Nehring, the senior minister of the Eden United Church of Christ.

"Today's events prove that Alameda County will always be a community based on love and acceptance, and that our residents are always ready to stand against all forms of hate and intolerance," Brown said at the ceremony.

The series is a response to an incident that occurred at the San Lorenzo Library on June 11 during the Drag Queen Story Hour event celebrating Pride Month. During the event, members of a local chapter of the Proud Boys, an extremist group, entered the library and shouted homophobic and transphobic slurs at the event's performer.

"We can't allow that to happen," Brown said. "We have to draw a line in the sand that it's not acceptable to happen our community, and that's what this series of events is about."

An increased safety plan has been implemented at the San Lorenzo Library following a weekend incident where members of the Proud Boys stormed Drag Queen Story Hour.

In addition to the ceremony, the library also hosted a day-long community art project, which invited residents to decorate large puzzle pieces that would connect to form a heart when hung in the library's cafe window.

Local teens from the REACH Ashland Youth Center also painted a window mural with colors and uplifting words on the library's Children's Windows.

"Alameda County Library is thrilled to host Every Month is Pride Month at the San Lorenzo Library," said Chadwick, the county librarian. "Our vision statement is Kind, Connected Humans, and we welcome every member of our community every day. Please join us to celebrate the rich diversity of San Lorenzo and the Bay Area."

"Every Month is Pride Month" will run for a full year through next year's Pride Month. Future monthly events will be posted on the library's website at https://aclibrary.org/.

A librarian who witnesses a group of Proud Boys storming a Drag Queen event at the San Lorenzo library said the five men terrified the kids, parents and community members who had come simply to hear a story. Elissa Harrington reports