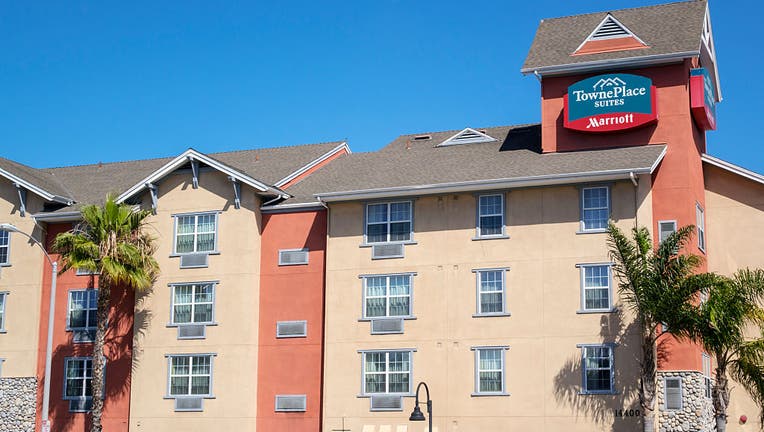 REDWOOD CITY, Calif. - San Mateo County on Tuesday purchased two hotels that will eventually house unsheltered residents as part of the state's Project Homekey initiative, despite pushback from some residents who said the process was rushed and lacked clear communication.

During a special meeting, county supervisors voted unanimously to complete the purchase of the Pacific Inn Hotel at 2610 El Camino Real and the TownePlace Suites Hotel at 1000 Twin Dolphin Drive, both located in Redwood City.

Project Homekey is an initiative through the state's Department of Housing and Community Development that provides funding to purchase hotels and other buildings and convert them into long-term housing for people who are homeless or at risk of being homeless, especially those who are vulnerable during the COVID-19 pandemic.

The county received over $33 million in Project Homekey funding to purchase the two properties and provide a total of 170 rooms.

County Manager Mike Callagy on Tuesday shared details about the acquisitions, and why they are important.

Once converted, TownePlace Suites will provide permanent affordable housing for low-income seniors at a discounted rate. The county purchased the 2.07 acre property, which includes 95 rooms, from Redwood Suites LLC for $29,250,000. The hotel is located in the Redwood Shores community.

The Pacific Inn Hotel has 74 rooms, plus a manager's quarters. The county purchased the 1.5-acre property from Reno Motel Investments Inc., the hotel's owner, for $21,500,000.

Pacific Inn will provide interim housing and 24/7 on-site services for those experiencing homelessness until they find permanent housing.

In addition to the Project Homekey grant, the county also used federal funds through the Coronavirus Aid, Relief, and Economic Security Act (CARES) to purchase the properties.

Regarding the TownePlace Suites hotel, Callagy said once an operator is selected, seniors will be able to apply for a room, with priority given to San Mateo County residents.

Residents of Redwood Shores, where TownePlace Suites is located, said there has not been enough community engagement about the project.

Sue Nix, board president of the Redwood Shores Community Association (RSCA), said that "there has no discussion back and forth with the city and the community," adding, "We feel that the county is rushing it."

Callagy said in an interview on Tuesday that the county didn't get Project Homekey funding until the seventh round of applications, leaving a short window of time to close the deals.

San Mateo County received funding on Oct. 29, according to the Project Homekey awards lists on the state's housing department website. A county news release that same day stated that the funding would be used to purchase two locations, but that the county "is not yet releasing the property names because negotiations are ongoing."

On Nov. 5, the Board voted to submit a grant application for Project Homekey funding with the intention of acquiring the two properties, and disclosed the names of the projects in a press release online.

RCSA said it learned of the project in early November, and on Nov. 18 hosted a virtual meeting with Callagy and other county and city officials to discuss the project. However residents say they were not satisfied with the answers to their questions.

Residents raised concerns about how the site would be operated and whether it will be used for senior housing in the future.

Callagy said the Redwood Shores site would be professionally operated by a nonprofit that would provide onsite security, and that funding would be sustained by the rent paid, the nonprofit operator, housing grants and ongoing Project Homekey funds.

Moving forward, Callagy said that the county will share the project's Request for Quotes with the association and that the community will be involved in ongoing discussions.

During the meeting, there were no specific concerns raised regarding Pacific Inn, the other hotel property. Callagy said he planned to meet with the community where the Pacific Inn is located soon.

Despite resident concerns, supervisors fully supported the projects and praised the swift process.

"If we were to build something like this it would probably take us five years of planning, going through the process and looking at buildings and selecting vendors," Supervisor Don Horsley said. "This is a way of getting housing for people who need it really fast-tracked."

Jordan Grimes, a San Mateo County resident and lead member of housing advocacy group Peninsula for Everyone, said he was troubled that some people requested "more process" and a longer waiting period for the projects.

"Process has historically been and continues to be the problem, not the solution," Grimes said. "I hope that we can work to streamline the production of affordable housing and projects like this rather than continue to tie them up in more red tape."

Some supervisors said that residents are often fearful of new affordable housing projects but many come to appreciate them over time.

"I think there's a lot of fear in the Redwood Shores community and I want to assure those members that the folks who are there are going to be good citizens and just as productive," Supervisor David Canepa said. "Please, let's not be the Grinch of Christmas by denying people housing. Housing is a right."

To view the agenda and video link for Tuesday's meeting, click here.

Click here to visit the county's Joint Information Center for the most recent press release and past releases regarding Project Homekey.