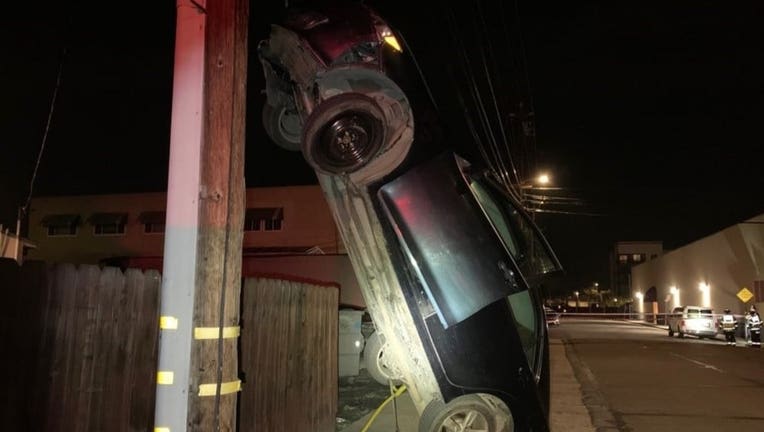 SAN MATEO, Calif. - A man and a woman were arrested in San Mateo early Saturday morning after leading police on a vehicle pursuit, police said.

While patrolling the area of South Delaware Street and Concar Drive around 1:50 a.m., officers located a vehicle with a lighting equipment violation. Officers tried to pull over the vehicle, but the driver accelerated and fled toward a dead-end street.

As officers waited for the driver to turn the vehicle around, they were able to determine the vehicle was driven by a man with a female passenger.

They eventually found out that the vehicle, a black 2013 Kia, was registered to 39-year-old Tamara Garcia, who had an active bail warrant from Santa Clara County for her arrest for alleged identity theft and possible mail theft. 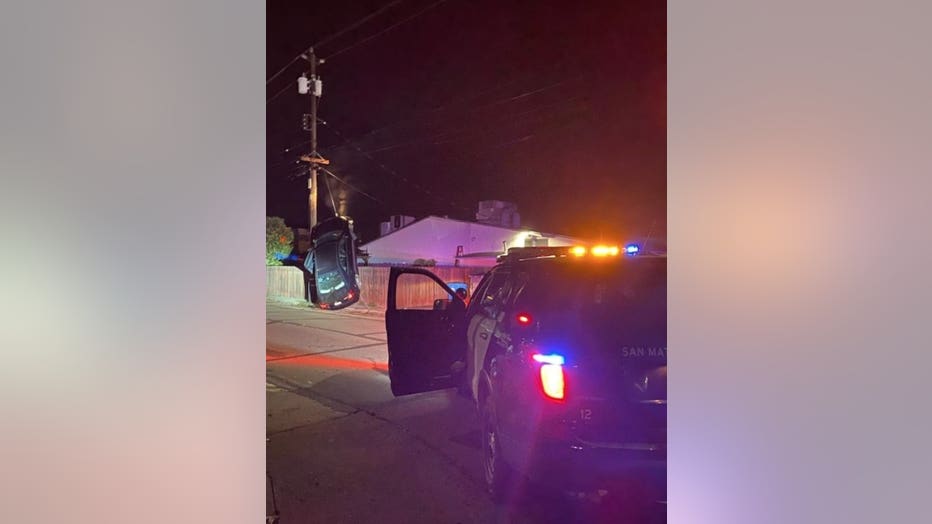 As the Kia navigated the dead-end street, it continued to flee from officers at a high rate of speed, and eventually got onto southbound U.S. Highway 101.

The California Highway Patrol intervened, and after the Kia failed to yield to the CHP, a spike strip was successfully deployed in the area of southbound Highway 101 at San Antonio Road.

Once the vehicle came to rest, both occupants fled on foot, but were ultimately caught and arrested on suspicion of theft of mail, conspiracy to commit a crime, and evading a police officer.

The suspects were confirmed to be Garcia and Torres, both San Jose residents.