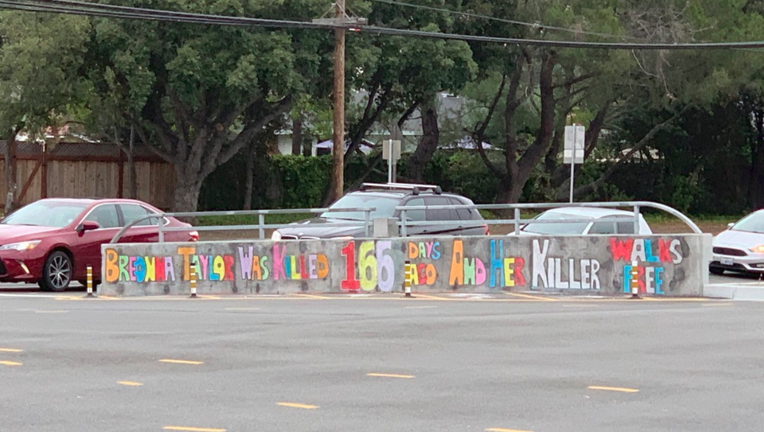 SAN RAFAEL, Calif. - A mural for Breonna Taylor in Terra Linda, an unincorporated area of San Rafael, is set to be removed once again after reappearing, city officials said on Tuesday.

The mural at Freitas Parkway and Las Gallinas reads: “Breonna Taylor was killed 166 days ago and her killer walks free." It was initially removed September 3 by the city.

At that time, city officials said their policy is to keep public property free from what they consider, "messaging, art, graffiti, or murals unless there’s been a public process and partnership between the City and the artist."

Despite saying Breonna Taylor's life mattered, the city removed the mural, but left a note before doing so, indicating they'd like to find a way to work together with the muralist.

On Monday, a video of a racist incident at the mural was posted to YouTube (viewer discretion advised) showing what appeared to be a white man slowing down at the mural in his car during traffic to call people at the mural a racial slur.

It was not clear from city officials when the mural will once again be removed.

Taylor, an EMT, was shot in her sleep and killed by police March 13 during a no-knock warrant. Her family was awarded a $12 million settlement on Tuesday.