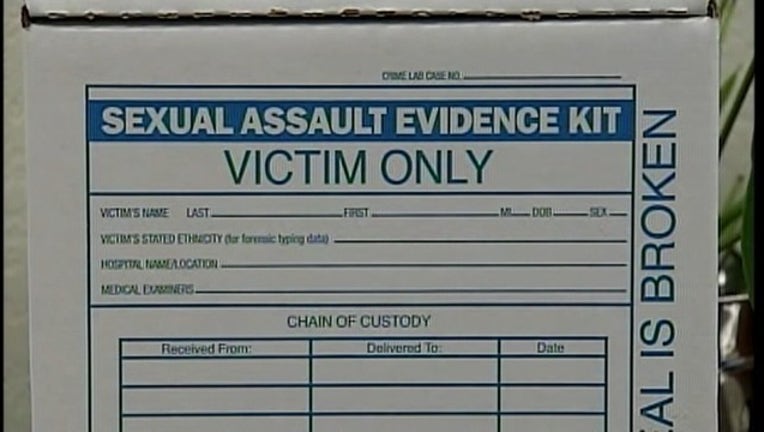 The Santa Clara County Board of Supervisors today unanimously passed a recommendation from Supervisor Cindy Chavez requiring the District Attorney's Office to bring back current information on financing needed for the county's untested sexual assault kits.

Chavez's recommendation comes in the wake of "the backlog of untested rape kits languishing in law enforcement agencies and forensic labs in California," according to a letter Chavez wrote to her colleagues.

District Attorney Jeff Rosen and his office will come back to the Board of Supervisors meeting on March 20, with an analysis of all resources that would be required to process all untested kits in the district
attorney's office crime lab by the end of July 2019.

Chavez also asked for information on resources that would ensure that processing of sexual assault kits take no longer than 30 days. Rosen said in his public statement in today's meeting that the county's current average is 94 days, which is less than the national average of 120 days.

Chavez said the U.S. Department of Justice classifies forensic evidence untested after 30 days as backlogged, which is why she wants that to be the maximum amount of time it takes to test a kit.

Originally, Chavez requested kits be tested within 15 days and that all untested kits in the crime lab be processed by the end of the year. However, after speaking to Rosen, she extended the timetables to make the goals more attainable.

Rosen spoke on the vitality of having sexual assault kits processed as quickly as possible in order to use them as a tool to solve crimes.

"Over the years we have had many cases solved because we tested the Sexual Assault Response kit and uploaded the DNA to the Combined DNA Index System database and got hits," Rosen said.

"Sometimes months and even years later, we were able to bring perpetrators to justice."

Rosen said that when it comes to testing kits, sometimes it is not an effective use of the crime lab's time to test for DNA because there are questions of consent, not identity.

In those cases, investigators look to the first part of a sexual assault examination done on the victim, which is a comprehensive physical examination done at Santa Clara Valley Medical Center in San Jose. The DNA testing of swabs and materials is considered the second part.

Parenthood came forward during public comment to speak in support of the recommendation.

"Any rape is a crime, and any rape kit that goes untested is just as criminal," said a woman named Valerie, who worked closely with Chavez and was part of the inspiration for the recommendation.

Perla Flores, a division director from the non-profit organization Community Solutions, talked about how getting an infrastructure in place to regularly test kits in the future would alleviate the discontentment that victims of assault can experience in waiting to begin their healing process.

"Our county has been making great strides in trying to decrease the backlog, but it can be frustrating to not have their case moving forward," Flores said. "It becomes more complicated to move on and share your story two or three years after it happened."

When asked what the recent #MeToo movement has done for sexual assault advocates and survivors, Flores said she believes it's been a positive campaign that encourages those affected to report their assaults.

Chavez said partnering with the District Attorney's Office means that they will be able to have a deeper look at why there are delays in processing the kits.

"The crime lab here waits for any department to bring a processed kit to them, and then they will often have questions over how the kit gets processed," Chavez said. "We need to increase communication and the speed of it between local departments. That's one area where a clerk or a staff person might make all the difference."

Chavez said that the idea of having a clerk is still being tossed around and is not final, but it would be a productive move for the county budget. She cited understaffing in many of the county's police departments as one of the biggest reasons that kits can remain untested.

It came to light near the end of the meeting that the only location that can currently conduct the kit testing in the county is at Valley Medical Center, prompting Supervisor Joe Simitian to ask for  clarification.

Simitian called requiring anyone "from a somewhat distant location" like Gilroy or Palo Alto to drive in the aftermath of such a traumatic event to an unfamiliar setting away from friends and family "an
incongruity."

County Executive Jeffrey Smith said that historically the testing used to be able to be done in any hospital, but this kind of forensic exam requires a certain expertise.

Rosen came back up to the podium to explain that when it came to this kind of testing, "consistency is important."

However, he did say that his office was looking at other locations like Stanford Hospital to do the exams. He promised to report back next month on the feasibility of locations in north and south Santa Clara County.

Two bills have been passed in California in the last few weeks in relation to rape kit testing.

Assembly Bill 3118 and Senate Bill 1449, introduced by state Assemblyman David Chiu, D-San Francisco, and state Sen. Connie Leyva, D-Chino, on Feb. 16, calls for an audit of all kits in possession and a report back on information about each case as well as mandated reimbursement
of local agencies and school districts for the costs.

Chiu and Levya worked together to co-author the bills, and are cited as "Sexual Assault Victims' DNA Bill of Rights."