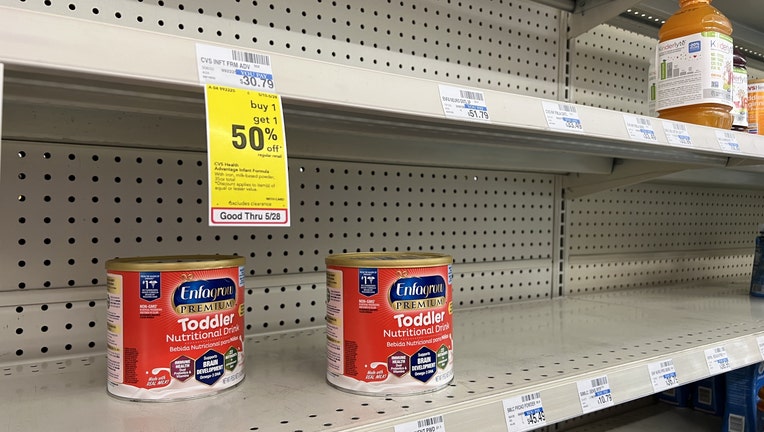 Empty shelves formerly holding baby formula or infant formula are visible in a pharmacy in Lafayette, California amid an ongoing shortage, May 23, 2022. (Photo by Smith Collection/Gado/Getty Images)

The ordinance, adopted by the Board of Supervisors on Wednesday, prohibits sellers from selling the formula 10% above the price set before February 2020, when the pandemic began.

Price gouging is a criminal offense punishable by a fine of up to $5,000 or imprisonment for up to six months, county officials said.

"It can be really tough to buy formula these days, and some young children require formula to survive," County Supervisor Joe Simitian said in a statement. "I know we can’t control supply chain issues, but we can send a clear message to price gougers – who are buying up formula to resell it at a higher price ­– that price gouging won’t be allowed."

"California continues to take urgent action to support families feeling the impacts of the nationwide formula shortage. We’re connecting families in need with helpful resources and working to improve access for all parents and caregivers to keep California families safe and healthy," Newsom said.