SANTA CLARA, Calif. - Santa Clara County Sheriff's officials are praising the investigative work of their deputies, after a response to a DUI crash over the weekend, ended up being much more.

Deputies were called to the scene of a crash near Santa Teresa Blvd. in unincorporated San Martin at about 12:20 a.m. Sunday morning, officials said.

What they uncovered, made for an impressive entry into the evidence room.

On Facebook, investigators posted a photo of what they found, which included a long list of narcotics: methamphetamine, heroin, oxycodone, amphetamine, and Xanax. 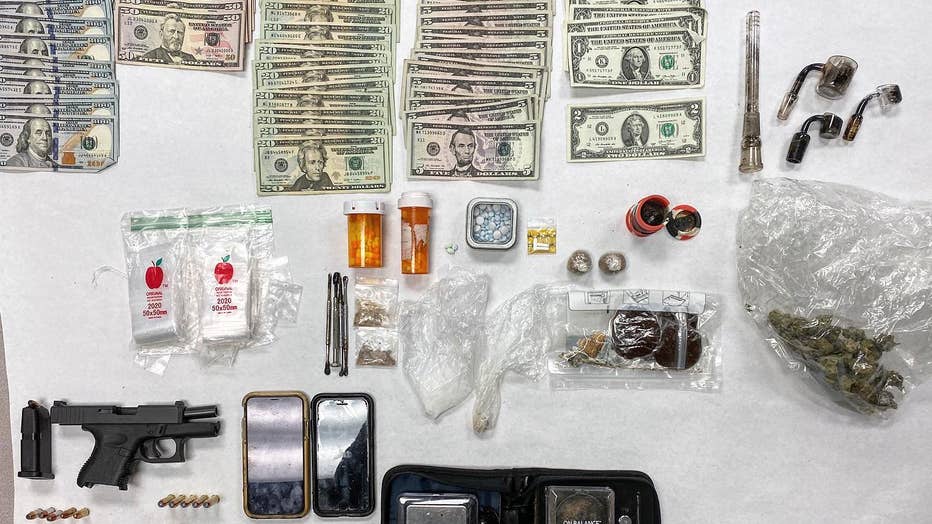 "Wow! Gave me the chills! I still cant understand this behavior! So scary to know the community rides along these types of things unknowingly," commented Lorena Martinez. "Glad to have SCCS out to patrol and keep the streets safe! Thank you!"

Deputies said that while the driver was arrested for DUI, the passenger faced a long list of charges, including narcotics sales. That suspect was also arrested for being in possession of a loaded firearm and other felonies, according to investigators. "The passenger had almost $3000 in cash at the time of his arrest," officials noted.

They also noted the bust was a result of the thorough work of the deputies' involved in the case.

"Excellent response and even better arrest," the sheriff's office said. "Great job by all involved!"