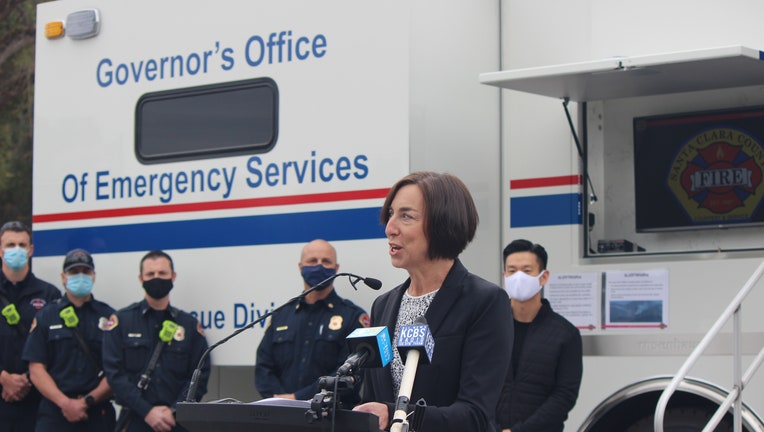 "This is the worst fire season ever...and the use of technology is one way the fire service has adapted to better combat these wildfires today," Fire Chief Tony Bowden said.

The county received three new pieces of high-tech equipment as well as grant funding to expand three data platforms from the state -- nearly all funded by the state. 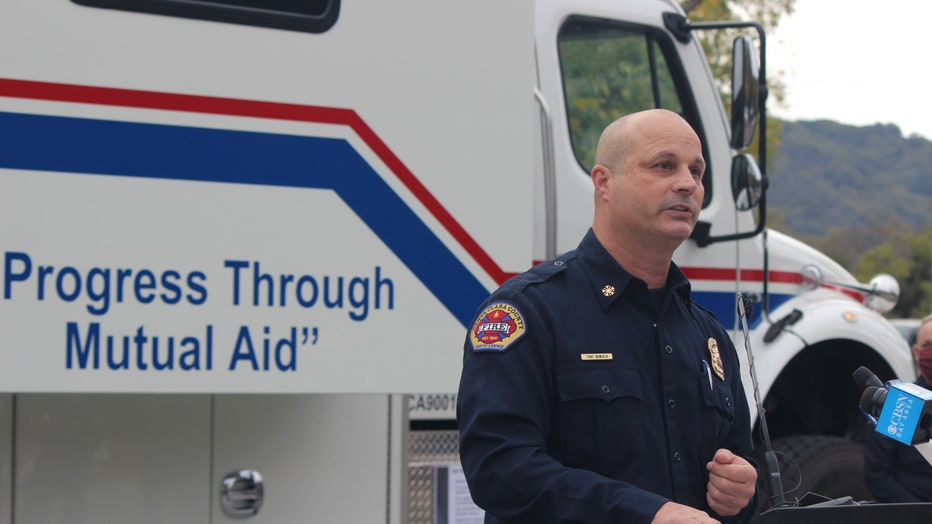 These additions put the Bay Area and Santa Clara County at the forefront for firefighter response and technology, Assemblymember Evan Low said.

"We in the Bay Area are front and center in regards to wildfires and we have seen and know that we are at war with wildfires and the devastation that continues to occur," Low said.

"From a county standpoint, this new technology is critical for us to quickly detect and locate wildfires and deploy appropriate resources," Santa Clara County Supervisor Susan Ellenberg said. "We will be better able to make evacuation zones easy to understand and communicate with residents." 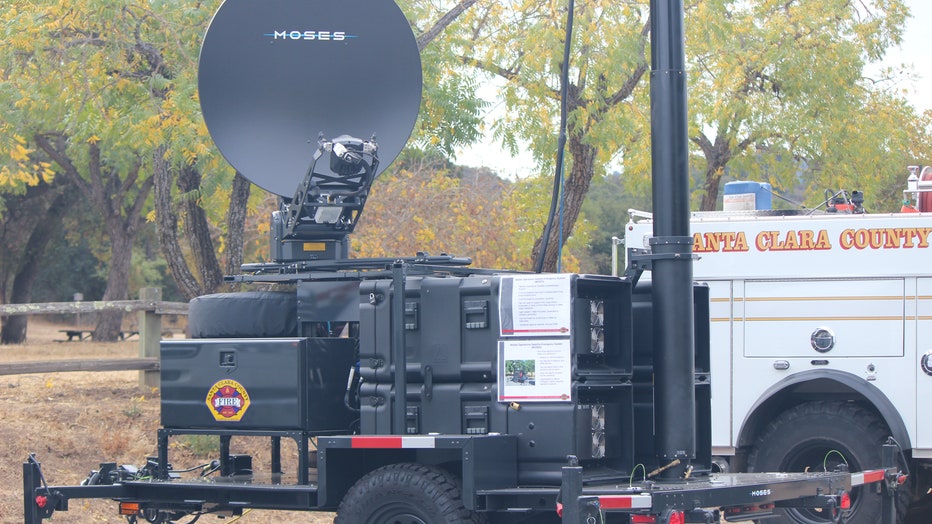 MOSES is a communications hub that allows firefighters in areas with no service to connect to broadband and communicate with first responders, evacuees or local communities during or after major disasters.

MOSES is essentially a communications hub that allows firefighters in areas with no service to connect to broadband and communicate with first responders, evacuees or local communities during or after major disasters.

"One thing we have seen about wildfires is that they are advancing so fast that we are unable to prove evacuation warnings and orders for citizens in place and we are also unable to back build a typical cellular infrastructure when the fire department starts to move in," County Fire Department Captain Justin Stockman said. "That has a direct negative impact on citizens and our ability to carry operations, so MOSES solves those problems."

The lightweight, trailer-mounted units are powered by a generator and provide connections for one to two miles out, but the county's fire department is working with the company to expand the range.  Each unit costs about $2 million, paid by the state's 2019 budget.

The next new addition, the mobile communications and incident support vehicle, acts as command center and office during large wildfires. It provides its own power, Internet and weather monitoring.

The mobile command vehicle improves safety and efficiency because first responders can meet in a central location close to the fire and are able to track large numbers of resources assigned to fires, Stockman said.

The vehicle is technically owned by the governor's office and is designed to be part of the state's mutual aid program, but it is housed in Cupertino and can be used by Santa Clara County when appropriate. 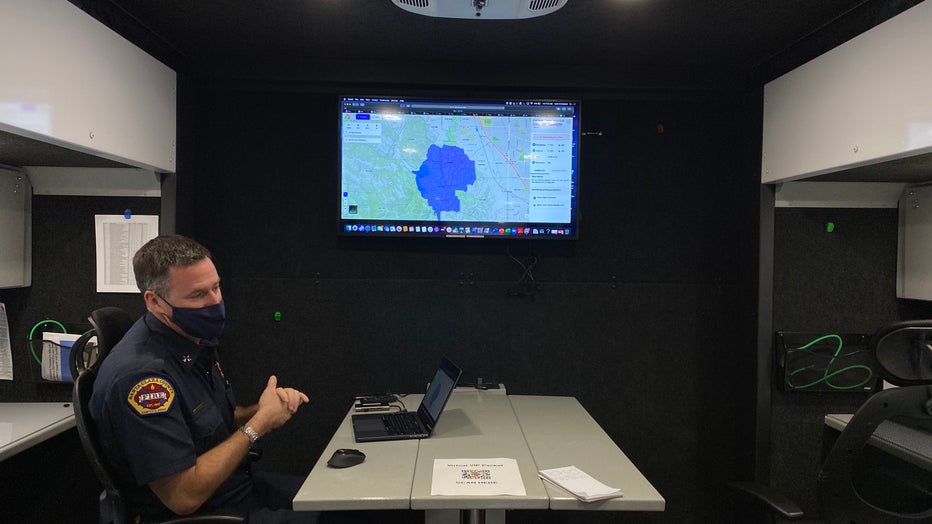 Intterra helps visualize response times, evacuation zones, wildfires, weather and satellite imagery. The county had been paying for it for six years, but now with the new grant, fire agencies can expand it into more urban areas of the county including San Jose, Sunnyvale and Mountain View. 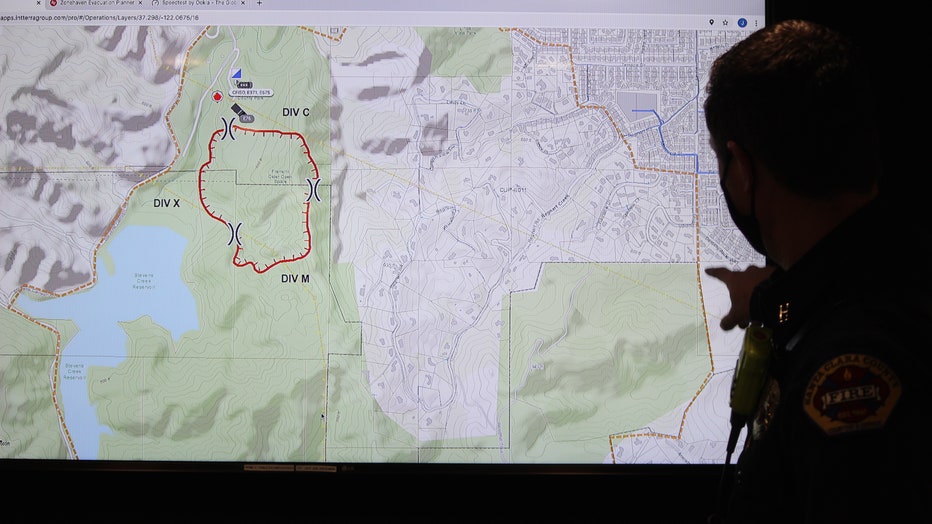 "Essentially, it is one place that you can look at a map and have an idea of what's going on in your area," County Fire Captain Chris Ingram said.

Zonehaven is similar in that it helps visualize where an emergency or disaster is taking place, but it also maps out evacuation zones.

"It is great because it can be used for a wildfire or even a biohazard or active shooter," Battalion Chief Tyler Mortinson said. "It makes it easier to distinguish evacuation areas, communicate with law enforcement and other agencies and also lists out if there are any nursing homes or other things that need special attention."

Ingram and Mortinson worked together to input data into Intterra and in Zonehaven starting earlier this year. They hope to soon publish an updated public version of Zonehaven so that residents can see what evacuation zone they are in and track the status of that zone during an emergency situation.

The last data-gathering platform is ALERTWildfire, which is a network of cameras able to see large areas of Santa Clara County. There are 15 cameras total paid for by PG&E.