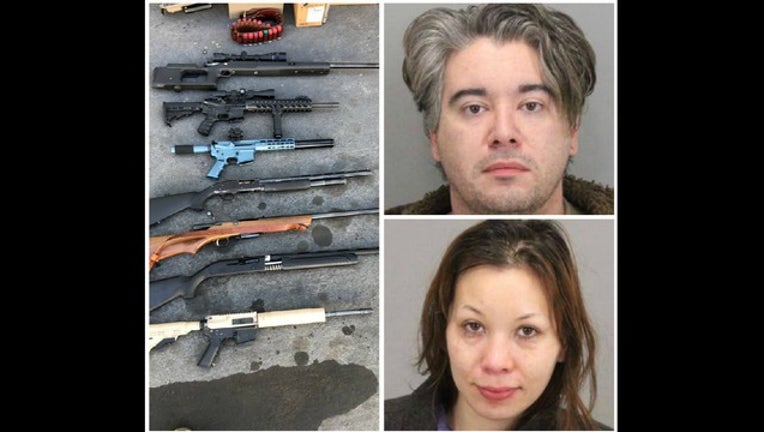 Police executed a search warrant for Jonathan Gillean at his workplace in a commercial building on Grant Street. He allegedly displayed objective signs of being under the influence of a controlled substance, police said.

During the search, detectives found a cellphone, a wallet, a medical bag and one live .50-caliber firearm.

Detectives also learned that Gillean was living in the building.

They also found a female suspect, identified as Patricia Digrandi. She was allegedly under the influence of a controlled substance, had pepper spray and was in close proximity of a loaded firearm, police said.

Both suspects were arrested and booked into the Santa Clara County Jail.