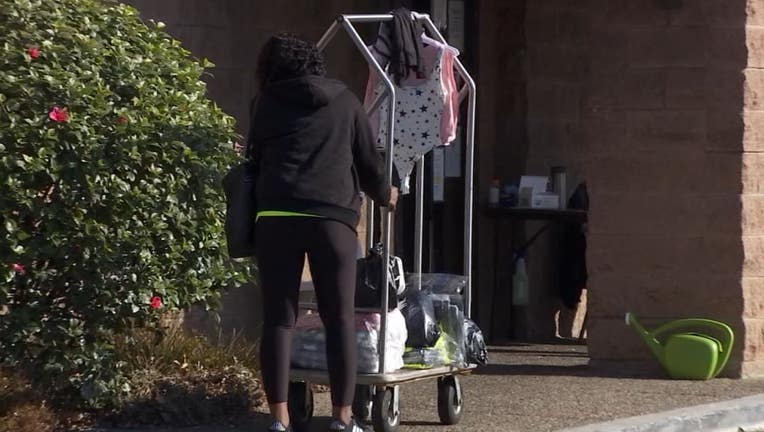 SAN JOSE, Calif. - The Santa Clara County Board of Supervisors will likely approve more than $100 million in permanent housing for low-income residents.

At their Tuesday meeting, supervisors will consider approving five housing complexes that would total to 566 new units and house roughly 2,100 people.

Supervisor Cindy Chavez said she believes the entire board will support these investments.

"This is our 'all in' program meaning we're going to make sure we get our homeless community housed, and those who are also in high need of housing," Chavez said in front of a potential site in Alum Rock on Monday.

The funding will come from a 2016 Measure A housing bond passed by voters authorizing the county to spend nearly $1 billion for affordable housing projects and other housing-related incentives.

"By sticking to our plan and keeping our word to the voters, we know that we are going to be able to make sure we get folks housed," Chavez said.

Using Measure A funding, the county has also approved a total of 29 housing units so far; of which five are open, eight are under construction, six will begin construction in the next six months, and 10 are in the pre-construction phase.

Most recently, in March, the county approved $137 million to build an additional 865 units.

The newest round of proposed housing will target different income levels, with 41%, or 233 units dedicated to rapid rehousing.

Rapid rehousing refers to units that are built to immediately house unsheltered residents and provide them with supportive services.

Consuelo Hernandez, director of the Office of Supportive Housing, said that rapid rehousing is one of the county's main goals with this round of projects.

There are about 10,000 unhoused residents in Santa Clara County, according to county estimates.

"These are families that are homeless and have struggled over the last year or so because of COVID-19 or other reasons," Hernandez said.

The five proposed complexes are all located in San Jose -- the city with the highest homelessness rates in the county.

San Jose City Councilmember Magdalena Carrasco, who represents parts of East San Jose, said the new complexes would protect the vibrant communities in and around her district.

"Measure A has been significant and imperative and critical to making sure that essential areas such as these continue to welcome projects such as the one that we will be seeing here, hopefully," Carrasco said.

She also noted that the housing complexes will provide shelter for the "most vulnerable populations." "[This includes] seniors, those who are differently-abled," Carrasco said. "Let's not forget our foster youth and victims of domestic violence."

If approved, two of the complexes will be ready by 2023 and the remaining three are expected to be ready in 2024.