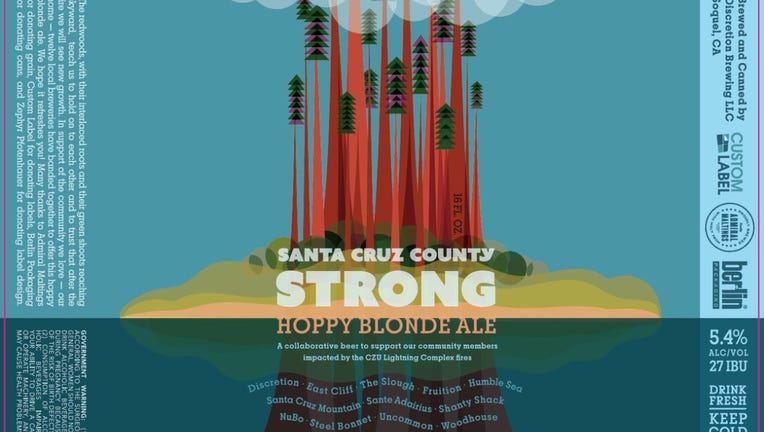 SANTA CRUZ, Calif. - When the CZU Lightning Complex Fire broke out in the Santa Cruz County mountains last month, the owners of Discretion Brewing knew right away they wanted to do something to help.

"My wife Kathleen had two friends who lost their homes," said Rob Genco, co-owner of the brewery in Soquel.

The couple also had friends and employees who had to evacuate because of the fire, which broke out Aug. 16 after a series of lightning strikes and has so far burned more than 86,000 acres in Santa Cruz and San Mateo counties, according to Cal Fire officials.

As of Sept. 15, the fire was 91 percent contained but had destroyed nearly 1,500 structures and killed one person. Recovery efforts are expected to take months, and while many of the evacuations have now been lifted, numerous people in the area still lack power and potable water.

In the spirit of past "beers for a good cause," the Gencos decided to brew a beer to raise money for recovery efforts. They wanted to get other local breweries involved, but had to find a way to keep it low impact, both financially and in terms of time.

Sierra Nevada Brewing Company in Chico released a similar fundraiser beer after the 2018 Camp Fire, and breweries across the country, including Discretion, have been creating beers to raise money for different nonprofits and causes. But the financial hit that breweries around the country have taken during the pandemic had to be factored in, too.

"We knew all of the brewers locally are struggling because of the pandemic," said Rob Genco, so it was important to the Gencos to keep it affordable.

They decided to reach out to their fellow Santa Cruz County brewers with a proposition: Would they be willing to share the cost of creating a beer, including malt, hops packaging and label, that each brewery could then sell and donate the proceeds?

Such collaborations are increasingly common, with multiple brewers getting together to share their tips and recipes to create unique new beers. But with social distancing restrictions firmly in place, an in-person brewing session wasn't feasible. Instead, it would be done virtually via Zoom. 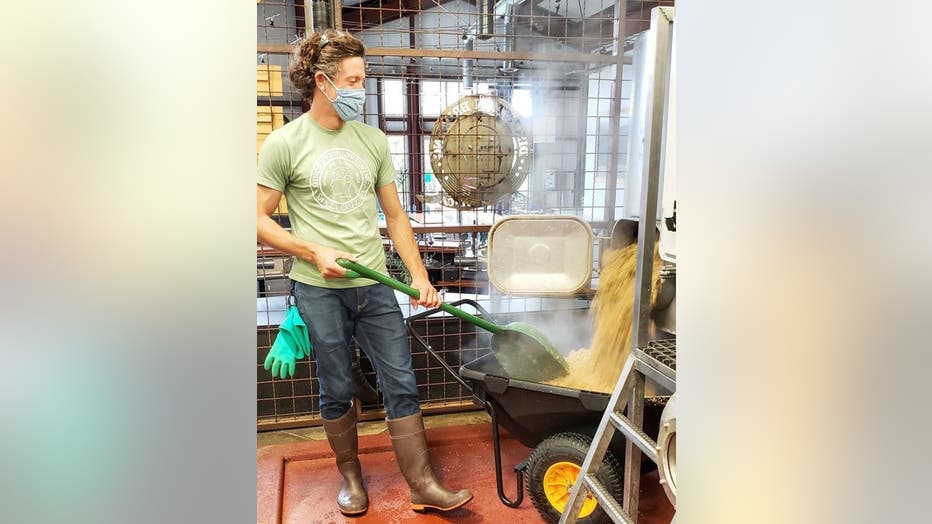 Once it’s finished fermenting, the Santa Cruz Strong hoppy blonde ale will be canned and distributed to participating breweries.

The Gencos first had the idea the weekend of Aug. 23-24; on Aug. 25, they sent out an email inviting others in the local brewing community to discuss the idea. They chose a hoppy blonde ale for the project, as it would be quick to produce and could make use of ingredients they already had.

The response was exciting, said Genco, with a dozen breweries agreeing to participate. From there, Dan Saitherwaite of New Bohemia Brewing Co. reached out to Admiral Maltings in Alameda to see if they would donate malt towards the project. And the Gencos were able to get cans, lids and labels donated from their regular suppliers.

The beer, called Santa Cruz County Strong, is currently fermenting and was going to be ready for canning the week of Sept. 14. Approximately 80-100 cases of 24 cans will be distributed to the participating breweries, who will then sell the brew to their customers.

The label is designed by Discretion's graphic designer, Zephyr Pfotenhauer, a Ben Lomond resident who herself was temporarily displaced by the recent fires.

The finished beer will be available at each of the participating breweries, and all money raised from the sales will go to the Community Foundation of Santa Cruz County's fire response fund.