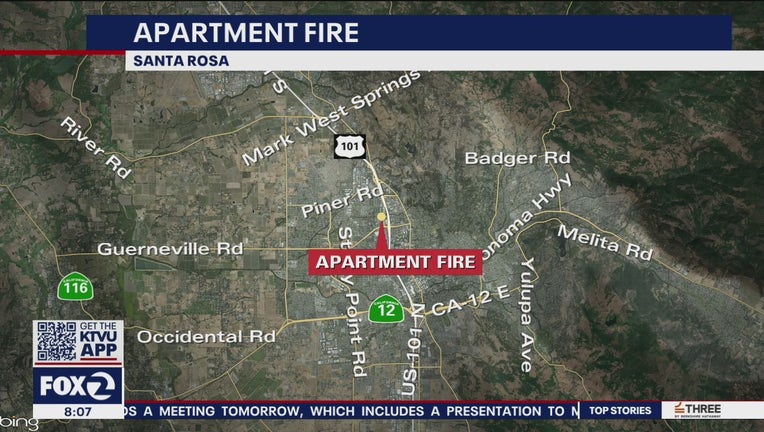 The fire broke out about 7 p.m. in a unit of a two-story apartment building on McBride Lane.

No one was home at the time and no one was injured.

The fire was contained in 15 minutes and did not spread to surrounding apartments, the department said.

The department determined the fire started from electrical equipment.