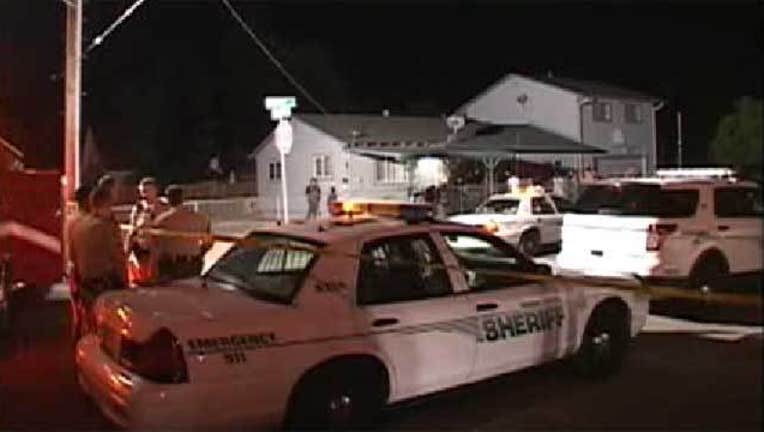 SANTA ROSA, Calif. (KTVU and wires) -- A 22-year-old Santa Rosa man pleaded no contest Friday morning in Sonoma County Superior Court to being an accessory to the murder of a teen at a party in Windsor in June.

Sergio Quiroz also admitted an enhancement alleging his actions were intended to benefit a street gang. He faces a maximum term of seven years in prison when he is sentenced April 3.

Under the plea agreement, Quiroz also is eligible for probation and could serve only half his sentence if sentenced to prison.

Quiroz was charged with being an accessory to the shooting murder of 15-year-old Nathaniel Torres of Windsor at the party on June 22. Three other people at the party also were shot but survived.

Flavio Ramos Caballero, now 18, Oscar Gustavo Aguilar, 17, and Duane Darcell Morgan, now 17, have been charged as adults for the murder.

Quiroz's attorney Stephen Turer said the three murder suspects were asked to leave the party that was attended by gang members, and the shooting happened outdoors as they were getting into a vehicle to leave.

Quiroz was not at the party but he drove the three suspects to Reno the next day, then drove them back to Santa Rosa, Turer said.

"There is no evidence he (Quiroz) was aware of the shootings," Turer said.