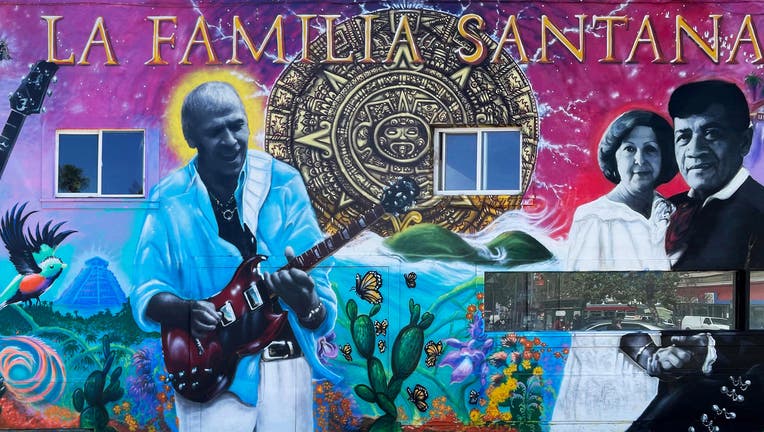 The ceremony at the 24th and Mission BART station pays tribute to Carlos Santana, his parents, and his younger brother, Jorge, who died of natural causes at age 68, last year.

Santana family mural to be unveiled in San Francisco

Carlos Santana and his family will unveil a mural in San Francisco.

Carlos Santana is known for his Afro-Latin-blues-rock fusion sound, long before "world music" was a thing, according to his website.

Santana rose to fame in the late 1960s in the San Francisco Bay Area playing at the Fillmore.

Jorge Santana was a musician just like his older brother, and was a member of the popular San Francisco Latin-rock band, Malo.

Mick Brigden, who managed guitarist Joe Satriani and directed tours for The Rolling Stones and several other major artists, died last week after an accident at his Santa Rosa home. He was 73.