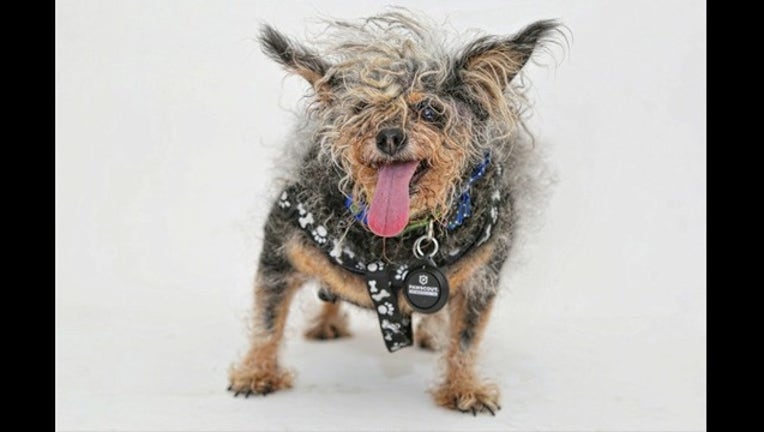 "Scamp defines ugly with cute, winning all of our hearts," said one of the judges.

Scamp was rescued in 2014 from the streets of Compton by Yvonne Morones, who fair organizers said saved him when he was near his last hour of life.

Morones knew she made the right choice when on her way home with him in the car, he bobbed his head to Bob Marley's "One Love."

Morones won a trophy, $1,500 and a matching contribution of the same amount that will be split among the Humane Society of Sonoma County, Compassion Without Borders and one other group.

Scamp competed against 18 others dogs. Most were adopted and/or rescued. Wild Thang took second place, followed by Tostito, who also won the Spirit Award.

While the contest crowns the ugliest dog, it really advocates for the admiration of all animals and the benefits of adopting.