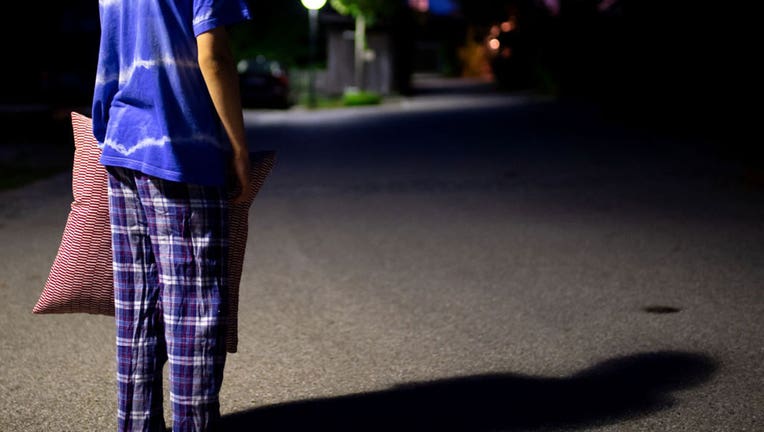 A file image shows a boy in pajamas. (Photo by Sven Hoppe/picture alliance via Getty Images)

Springfield Public Schools officials said they hope students approach online classes the same way they would attending classes in person and that means following a dress code that also bars hoods, sunglasses and bandannas, among other things. The district said students should also be “sitting up out of bed preferably at a desk or table” during remote learning, according to its school manual.

“The expectation is that the dress code is upheld," Jason Wind, director of school support, recently told school board members. "We don’t need students in pajamas and all those other things while on their Zoom conferences.”

School officials said the policy changes were developed with teachers, administrators and parents.

New York Gov. Andrew Cuomo said that no school will reopen unless the COVID infection rate in its region is considered low. He also said he is waiting for New York City to deliver a more comprehensive plan.

However, some parents disagreed with the rules.

“I made the decision for my kids to be at home and I don’t really see how any district can come in and say what my kid can’t wear in my house. I don’t think they have any right to say what happens in my house," parent Elizabeth Ballinger told WCIA.  "I think they have enough to worry about as opposed to what the kids are wearing. They need to make sure they’re getting educated.”

School officials said they don't intend for the rules to be punitive when it comes to what students wear, particularly during a pandemic.

“If there is a specific concern as it relates to dress code, we will address it individually with the student and their family," district spokeswoman Bree Hankins said in a statement.

Meanwhile, the Illinois Department of Public Health on Sunday reported 1,382 new confirmed cases of the COVID-19 virus and eight additional confirmed deaths. Overall, Illinois has had 194,080 confirmed cases and 7,636 deaths.