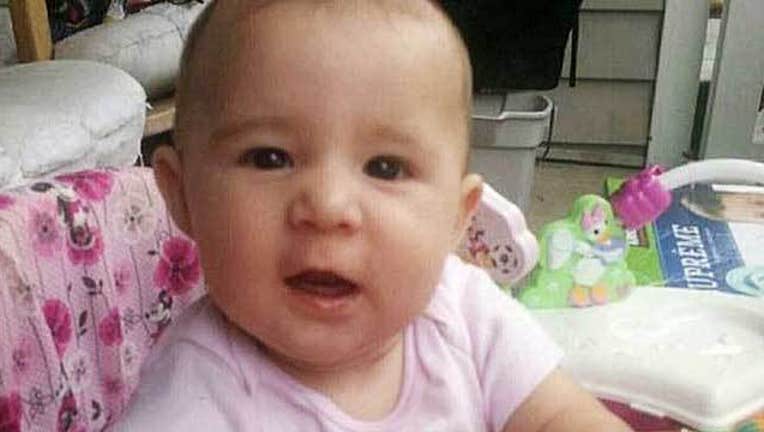 REDDING, Calif. (AP) -- The Shasta County Sheriff's Office on Tuesday suspended the search for a missing baby, saying they have found no evidence to support the father's story that the 6-month-old was abducted from her crib.

Investigators' focus is on the baby's father, Matthew Ryan Graham, who is in jail on an unrelated probation violation stemming from driving under the influence and a forgery conviction.

Investigators have surveillance video that shows Ember Graham unfastened in a safety seat inside her father's pickup truck, Sgt. Pat Kropholler said. The video shows Graham, 24, arriving with his daughter at the Happy Stop Market, then going inside with her and pumping fuel Wednesday night, when he says Ember disappeared.

Graham told authorities he took the baby for a drive to get her to fall asleep, went to the store and then drove back home.

"Matthew said he did not stop and did not have any vehicle problems while on this trip. He agreed that it only took under 10 minutes to complete the drive," Kropholler said in a statement.

But the video shows Graham driving the opposite direction from his home when he leaves the store. The video shows his pickup truck heading toward his home about an hour later, Kropholler said.

When investigators showed Graham the video, he told them he couldn't remember what he did or where he went during that hour, he added.

"When detectives pressed him to remember, he asked to speak with a lawyer before any further questioning," Kropholler said.

He became a person of interest in his daughter's disappearance after giving inconsistent statements to investigators.

"Matthew showed very little remorse for the disappearance of his daughter," Kropholler said. "At no time during the eight-plus hours that he was with detectives did he ever inquire what was being done to find her."