OAKLAND, Calif. - U.S. Department of Transportation Secretary Pete Buttigieg on Friday toured areas of Oakland set to be improved by money the city received from his agency last year.

Oakland received $14.5 million for part of the Reconnecting the Town project, which will improve Seventh Street, Broadway and Martin Luther King Jr. Way by, among other things, restoring resident access to the waterfront.

The federal money comes from a Rebuilding American Infrastructure with Sustainability and Equity grant, which will pay for about 44 percent of the $32.9 million project.

"It is a very competitive grant," Buttigieg told reporters following the tour amid demands from protesters that his agency avoid sending money to Oakland to help the Oakland A's build a new ballpark along the waterfront.

U.S. Department of Transportation Secretary Pete Buttigieg on Friday toured areas of Oakland set to be improved by money the city received from his agency last year.

The grant was so competitive last year that potential grantees requested seven times as much money as was available. Buttigieg is aiming to get out more money to help communities through President Joe Biden's new infrastructure law.

Accompanying Buttigieg were Rep. Barbara Lee, D-Oakland, and Oakland Mayor Libby Schaaf, both of whom said Reconnecting the Town will improve equity in the city.

"This is about people," Lee said.

The project will also add new bikeways along Martin Luther King Jr. Way from Second Street to San Pablo Avenue, and among other things, improve sidewalks and railroad crossings in West Oakland. 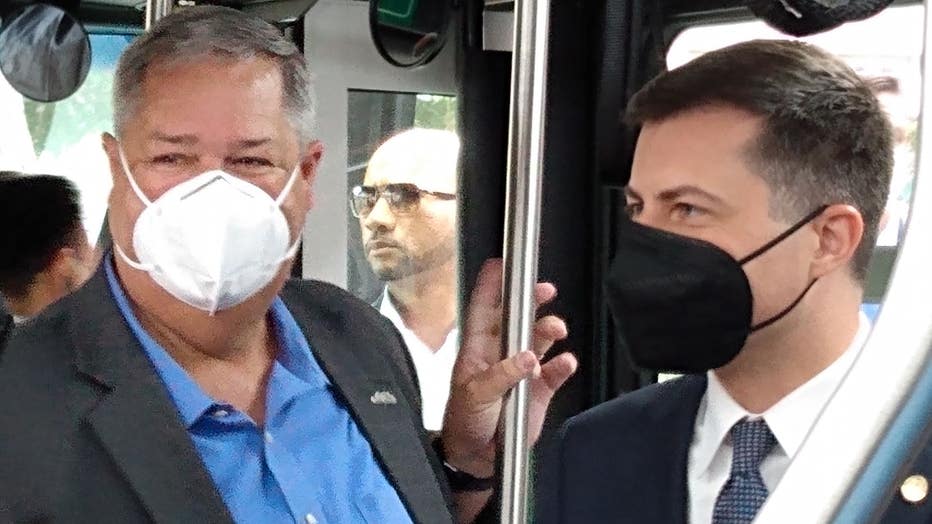 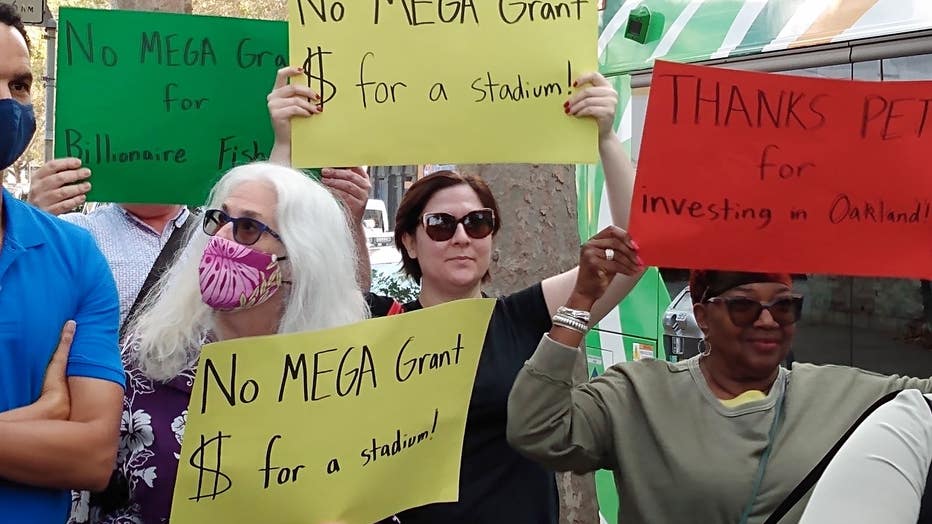 Communities that were redlined will again have access to the waterfront, according to details of the project.

The project also adds bus-only lanes on Broadway from Second to 11th streets. Pedestrian improvements, such as lighting, art and wider sidewalks, will be installed to make walking safer along Broadway.

It is loud and uncomfortable under the freeway overpasses along Broadway, said Nicole Ferrara, major projects division manager for the Oakland Department of Transportation.

The improvements to Broadway will reduce travel to one to two lanes in each direction, she said.

On Thursday, Buttigieg was in San Francisco to get a glimpse of the Central Subway project, which has faced lengthy delays. Nearly $1 billion of federal funding has gone into the project.

Oakland hasn't spent any of the $14.5 million it received for the Reconnecting the Town project.