Novato Unified School District documents list more than $1 million planned for the upgrades to Lynwood Elementary School’s security system. It’s not known how much money, if any, has been spent to date. Parents have asked for safety upgrades since 2016, records show.

NOVATO, Calif. - A Novato elementary school where a stabbing took place earlier this week had more than $1 million allocated for security measures, but it’s unclear if any of that money was ever spent.

A teen was stabbed at Lynwood Elementary School on Monday night and remains hospitalized in critical condition. Another teenager was assaulted and suffered minor injuries.

Parents are calling for cameras, fencing and other security measures but Marin County Superintendent Mary Jane Burke said surveillance would not have changed the outcome in the stabbing.

"Our law enforcement was available and at the scene within minutes so this wasn’t about security cameras at all," Burke said.

The Novato Unified School District, which is responsible for Lynwood Elementary said its Board if focused on safety.

But some parents disagree and say more needs to be done.

"Perhaps adding cameras and beefing it up all around," said parent Claudia Gonzales-White. "We really need it."

"I don’t believe we actually have video cameras," parent Long Gallardo said. "If the district could do some camera work that would be fantastic."

District records show that was always part of the facilities master plan, dating back to 2016. 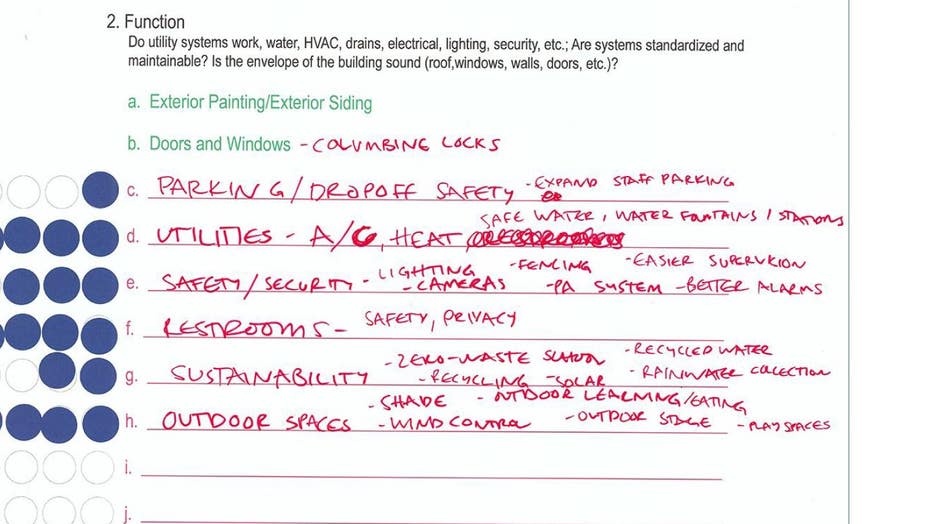 Novato Unified School District documents show security upgrades for Lynwood Elementary were part of the 2016 facilities master plan. Cameras and other safety upgrades have not been installed.

Safety and security were a top item on Lynwood Elementary School’s priority list. The community asked for cameras, along with lighting, fencing, a PA system and better alarms, documents show.

Six years later, several parents expressed the same requests and complaints at a board meeting Tuesday.

"Since May, there’s been break-ins into the bathrooms on a constant basis," parent Sasha Vargas King said. "There’s been windows broken from the library to the kindergarten play yard."

Novato police tell KTVU they’ve had a handful of calls this year for juvenile disturbances and minor theft, but nothing out of the ordinary.

But police say they do advocate for school cameras to help solve crimes.

District documents list more than $1 million planned for the elementary school’s security system. It’s not known how much money, if any, has been spent to date.

A spokesperson at Novato Unified said there is a special board meeting scheduled in early December to discuss the remaining fund to cover the needs – including security – in the 2016 facilities master plan.

Burke said the discussion will focus on concerns and solutions. It will be recorded and shared with the public Friday.

"We’re in a community that understand that we are interconnected, whether during a school day, after a school day and that all of the partners need to work together to address any issues and particularly those involving safety of our students."