MADISON, Wis. - Wisconsin Sen. Ron Johnson said Saturday, Oct. 3 that he tested positive for the coronavirus. He is now in isolation.

Sen. Johnson became the third Republican senator to test positive since Friday. He was tested right before speaking at a Republican Party of Ozaukee County fundraiser in Mequon.

"I was pretty surprised," Sen. Johnson said, who learned of his positive test on his way home from the event. "I feel fine. I feel completely normal." 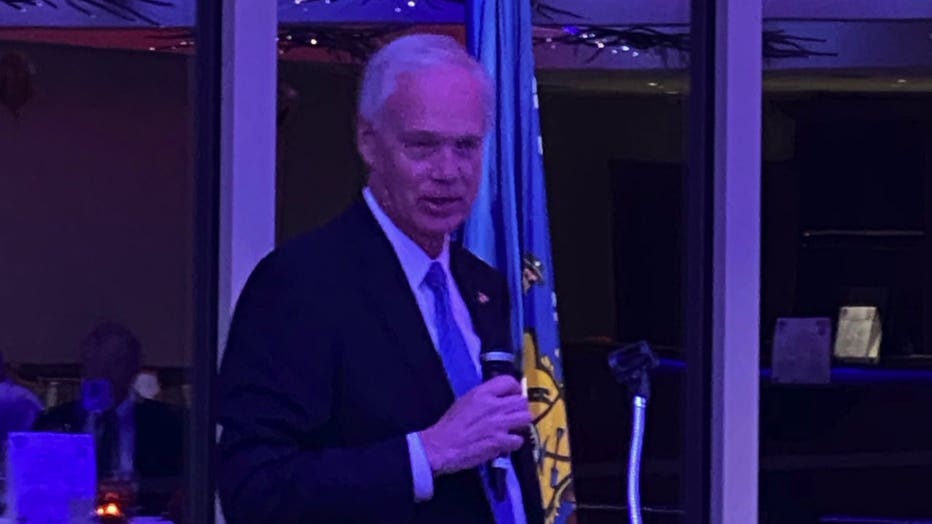 Sen. Ron Johnson at a Republican Party of Ozaukee County fundraiser in Mequon.

Sen. Johnson defended his actions, calling the test a precaution. He was tested after fellow Republican Sen. Mike Lee of Utah tested positive.

"I am not going in there with symptoms and getting a test. I am going in there symptom-free," said Sen. Johnson. "I don't care where I might have got it from. I have no idea, but I think the likeliest source is my chief of staff."

People who attended the event said Sen. Johnson did not mingle.

U.S. Rep. Glenn Grothman spoke after Sen. Johnson at the event, held at the River Club of Mequon. He told FOX6 News that he has no plans to quarantine, as he was always 30-feet away from Sen. Johnson.

Johnson said he got into the event right before he spoke, made his remarks and left. While he was waiting, he said he was at least eight feet from others and had a mask on. 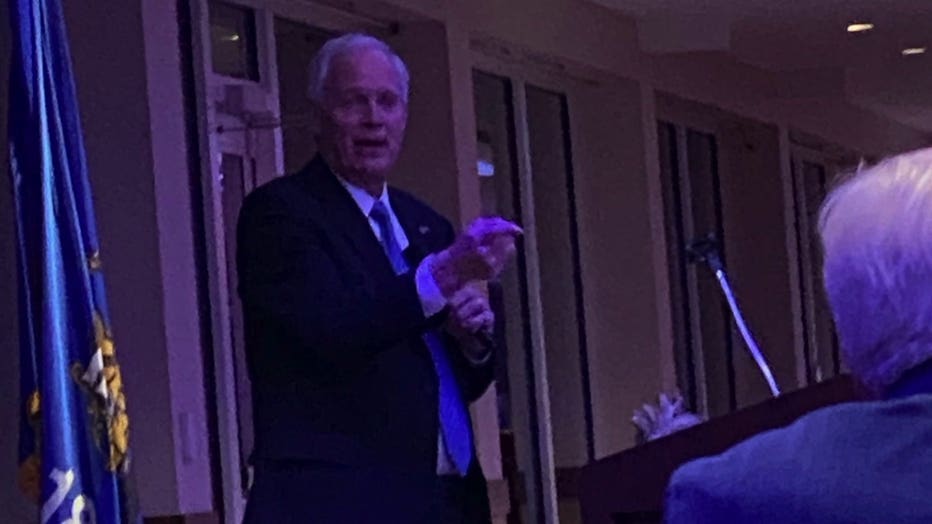 Sen. Ron Johnson at a Republican Party of Ozaukee County fundraiser in Mequon.

A flyer for the fundraiser listed the scheduled speaker. Though she was on it, FOX6 News is told the State Sen. Alberta Darling did not attend. State Sen. Duey Stroebel left before Sen. Johnson spoke.

State Rep. Jim Ott told FOX6 News that he was 40 feet away from Johnson, but that out of an excess of caution, he will be self-quarantining and getting two COVID-19 tests next week.

Still, for Ross, the actions of Wisconsin Republicans throughout the course of the pandemic -- not just at the fundraiser -- hold meaning.

"It's very clear that Republicans have not taken seriously the threat that this pandemic has for Wisconsin and what it's inflicted on Wisconsin," said Ross. "We see that in the fact that Republican elected officials have mocked the use of masks, they have denied science and they have blocked Governor Evers from using the tools at his disposal to protect the people of Wisconsin."

The U.S. Senate is now going to be out of session until Oct. 18.

Republicans hold 53 of 100 seats, so they will need the infected members present to confirm President Trump's nominee for the Supreme Court, Amy Coney Barrett.

Senator Johnson was exposed to someone who tested positive for covid-19 on Sept. 14.  He stayed in quarantine for 14 days without developing symptoms and tested negative twice during that time. He returned to Washington on Sept. 29 and shortly after was exposed to an individual who has since tested positive. After learning of this exposure, the senator was tested yesterday afternoon. This test came back positive. Senator Johnson feels healthy and is not experiencing symptoms. He will remain isolated until given the all-clear by his doctor.Most staff in the senator’s Washington office have been working remotely. The office will go all-virtual for the immediate future.