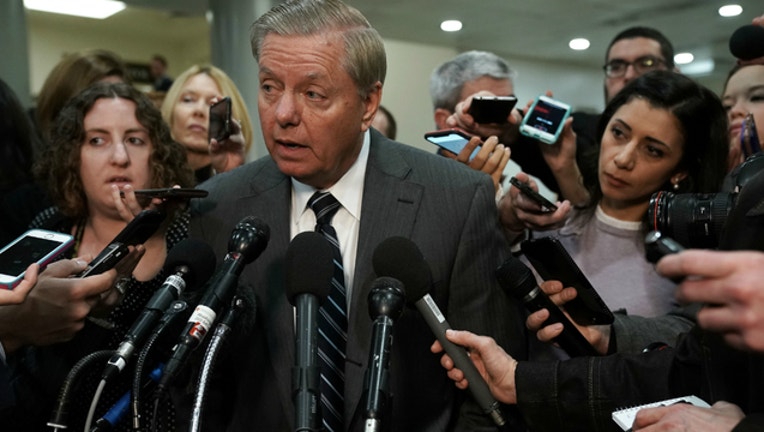 Graham tweeted Friday evening that "Any Senator who wants to participate virtually will be allowed to do so."

Graham's message came out as Trump traveled to Walter Reed National Military Medical Center for treatment at the advice of his doctors. His doctors say he is experiencing mild symptoms.

Graham said he had been tested for COVID-19 following his interaction with fellow Judiciary Committee member Republican Sen. Mike Lee, who has tested positive.

Graham said his test for the coronavirus was negative. He said Lee is "in good spirits and on the mend" and expects to be back to work with the committee by Oct. 12, set as the date for the beginning of the confirmation process.