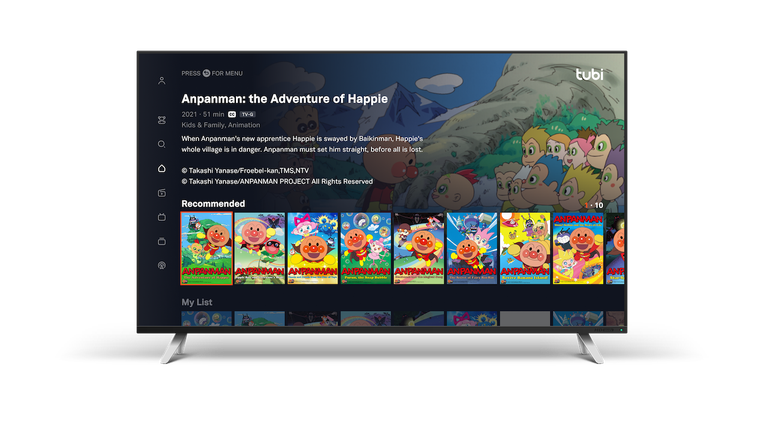 CHICAGO - You may not have heard of him, but one of the world's most popular superheroes has a pastry for a head. And there's no time like the present to get acquainted with that bread-headed do-gooder.

On Sept. 10, Tubi announced the exclusive premiere of seven new films from TMS Entertainment’s "Anpanman" franchise. All seven of the new titles from the anime powerhouse are now available for both English and Spanish-speaking audiences.

The most popular character amongst Japanese children regardless of gender, Anpanman — a superhero with the head of an anpan, a popular Japanese pastry — is, per a press release, "a champion of justice who flies anywhere to help those in trouble, all the while keeping an eye out for his trusty nemesis, ‘Baikinman.’"

Audiences can now binge all seven titles, as well as two additional franchise titles already available on Tubi ("Purun, The Soap Bubble" and "Apple Boy and Everyone’s Hope"). In doing so, they’ll meet both Anpanman and his many, many, many friends — a roster that earned Anpanman’s world a spot in the Guinness World Records.

Read on for more on the titles exclusively premiering on Tubi, and start planning your binge-watch snacks now.

Tubi has more than 35,000 movies and television series from over 250 content partners, including every major studio, in addition to the largest offering of free live local and national news channels in streaming. The platform gives fans of entertainment, news and sports an easy way to discover new content that is available completely free.

Make your own marathon with these free family movies on Tubi

Zapped (2014): Superstar-in-the-making Zendaya stars as a "teenager who struggles to adjust to her new stepfamily and school," whose life takes a turn "when a dog training app gives her the power to control boys." 92 minutes. Dir: Peter Deluise. Also features Chanelle Peloso and Spencer Boldman.

Tales of a Fifth Grade Robin Hood (2021): When a plucky kid (Chase Brown) in an under-funded school discovers that the vice principal (Jon Lovitz) has been skimming from school fundraisers, he and his merry friends set out to make things right. 84 minutes. Dir: Dylan Vox. Also features Stephen Kramer Glickman.