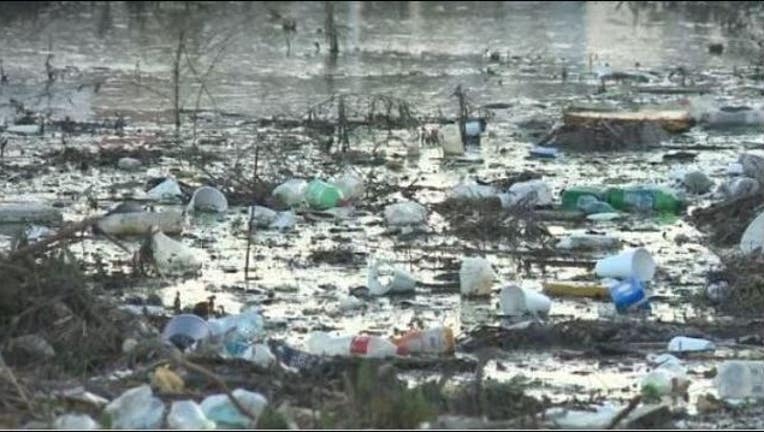 Sewage has been flowing from Tijuana to San Diego County. Dec. 11, 2018 Photo: KSWB

IMPERIAL BEACH, Calif. (AP) - Millions of gallons of raw sewage has spilled into Mexico's Tijuana River and is flowing north into California, fouling some beaches in San Diego County, where swimmers and surfers were urged to stay out of the ocean.

The Los Angeles Times said if the spill that began late Monday continues unabated, it could be the largest since early 2017, when coastal waters were tainted for weeks.

The wastewater is supposed to be treated before it's emptied into the river,

In September, California Attorney General Xavier Becerra joined the U.S. cities of Imperial Beach, Chula Vista and the Port of San Diego in suing the Trump administration over sewage spills and other toxic flows coming from Mexico.

The lawsuit seeks to force the U.S. government to upgrade the capacity of pumps in the river and catch basins in nearby canyons.

The systems are intended to divert flows to the South Bay International Wastewater Treatment Plant before the waste reaches beaches.

More than 6 million gallons (22 million liters) a day of raw sewage has spilled into the river since Monday, authorities say.

The U.S. section of the International Boundary and Water Commission said Tuesday that officials in Mexico attributed the leak to a ruptured collector pipe.

The aging collector underwent major upgrades over the past year but is not fully rehabilitated, officials said.