San Jose police detectives are searching for a man accused of sexually assaulting a woman in broad daylight.

Monday morning, investigators released a sketch of the suspect, described as a Hispanic man, 16-to-22 years of age, around 5’6" tall. He was last seen wearing a black hoodie, jeans, and a neck-gator style mask.

"You have to pray for people because, um, they don’t know, they don’t respect other people," said Helen Hooks, a resident of the Yerba Buena neighborhood, where the alleged crime took place.

Investigators say around 12:13 p.m., on April 13, the suspect struck up a conversation with a woman near the intersection of Summerside Drive and Lucretia Avenue.

"This victim-slash-survivor began to get uncomfortable with the conversation. She tried to walk away. At which point the suspect assaulted her in a sexual way," said Sgt. Christian Camarillo, a spokesman for the San Jose Police Department. 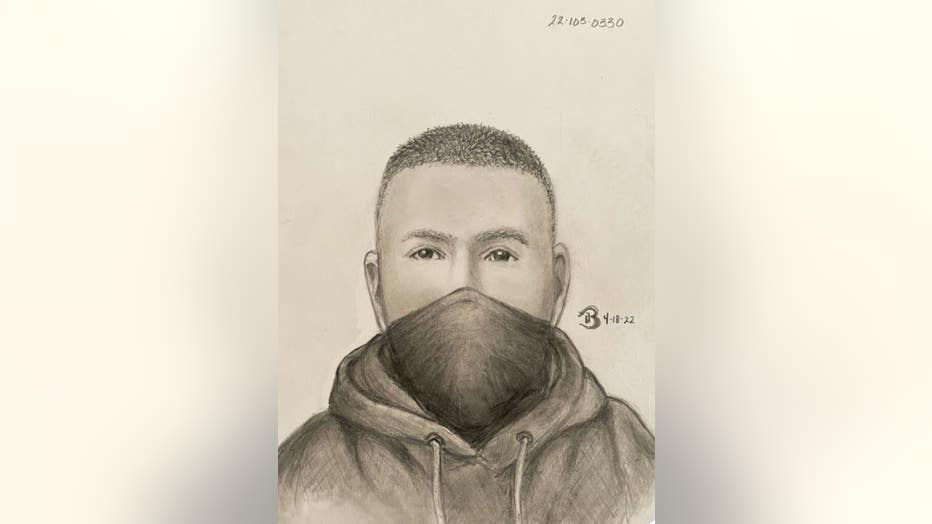 The unidentified man ran off, sparking the ongoing police search.

"Crime in a lot of different avenues is getting more brazen, and worse," said Lindsey Mansfield, support services director at the Silicon Valley YWCA.

She said victims of sexual assault are typically attacked by people they know. She believed the COVID years have produced an increase in this kind of crime.

"We’re seeing an uptick in terms of how many reports are coming our way, and how many requests for services. So it’s no doubt the intensity and frequency feels like it’s increasing," said Mansfield. Added Camarillo, "She did fight him off and he quickly ran away. But he’s still out there. He did it once, he’ll likely do it again."

Investigators said the suspect sports a buzz cut, and has brown hair and eyes. They cautioned area residents be mindful of their surroundings, and call police if they see the suspect represented in the sketch.

"I just, look behind me. Be aware of my surroundings. And that’s the best thing you can do, be aware of your surroundings at all times," said Hooks.

Detectives said the suspect was last seen walking in the area of Summerside Drive towards McLaughlin Ave. They are checking resident’s surveillance video in the area in hopes of getting more clues.

If you have information, or video evidence, you’re asked to call San Jose Police.