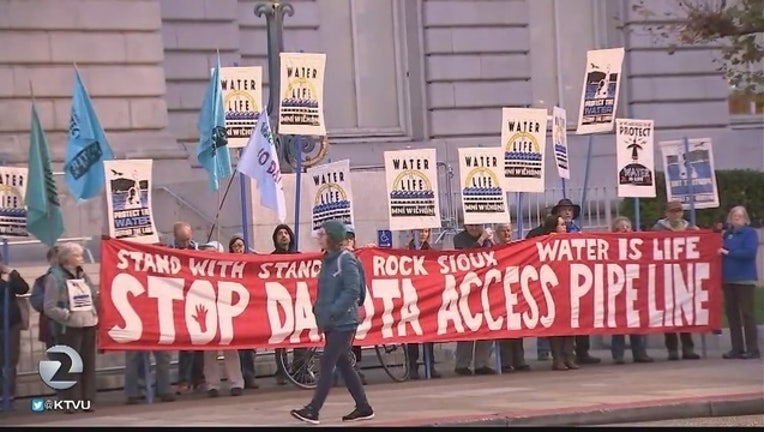 The board approved a resolution introduced by Supervisor Sandra Lee Fewer urging City Treasurer Jose Cisneros to add the Dakota Access Pipeline to the list of screening factors he considers when making city
investment decisions.

Nearly 14 percent of the city's portfolio, or about $1.2 billion, is currently invested with issuers that provide financing to the project, according to Fewer.

Cisneros has previously released a statement saying he would consider adding the pipeline to the city's socially responsible investment matrix, a tool used to screen investment choices, during an annual update in
October.

Other cities including Seattle, Alameda, Santa Monica and Davis have passed legislation looking at divestment from institutions financing the pipeline.

Fewer said the resolution paved the way for San Francisco to become the first city to actually withdraw funds from companies financing the pipeline.

"Let's hope that our action today in passing this resolution adds volume to the voices across the country condemning the Dakota Access Pipeline," Fewer said.