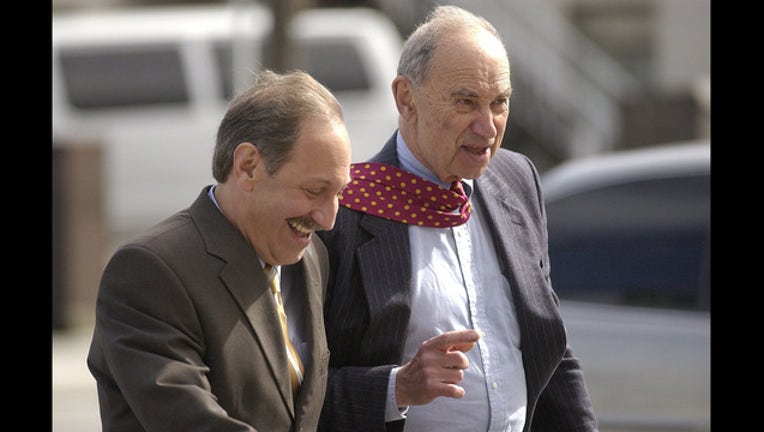 Kopp, a former city supervisor, former state senator and retired San Mateo County judge, was first appointed to the Ethics Commission in 2016 by the Board of Supervisors to replace Brett Andrews. Kopp was then reappointed in 2017 for a six-year term.

Announcing his resignation at City Hall, Kopp, 90, said the commission was misleading the public in that its investigations into political corruption happening in the city are ultimately ineffective.

Kopp also said the commission takes between two months to nearly a year to decide on whether it will proceed with an investigation. The lengthy process, he said, has left the commission with a backlog of between 70 and 80 unresolved investigations dating as far back as 2015.

Additionally, Kopp said he believes City Attorney Dennis Herrera is in an "innately conflicted position" in serving as both the city attorney and as the attorney for the ethics commission.

Kopp said he'd been mulling retirement over the last two weeks, adding that no particular event helped him make his decision.

"It's just that nothing changes. You've got these pending complaints that don't decrease... and no change in the investigation techniques," he said.

Kopp said, however, his frustration began to grow after the commission failed to submit to the Board of Supervisors a ballot initiative to disclose campaign contributions and campaign advertisements. That
initiative was initially put forth last year by former Commissioner Peter Keane.

"I was required by law to enforce public financing (of campaigns)," he said. "Public financing has never been shown, or much less proved, to reduce campaign spending... One of the primary responsibilities of the ethics commission and the reason and rationale for its creation, is to try to reduce spending," he said.

With his resignation, Kopp said he wants to focus his attention on advocating for the ballot initiative, which was filed last month with the Department of Elections by Supervisor Gordon Mar.

The initiative aims to strengthen the city's Campaign Finance Reform Ordinance by closing loopholes that allow corporate money to be funneled into city campaigns. The initiative will be on the November 2019 ballot.