SAN FRANCISCO - ‘Tis the season of the witch and what would be more appropriate than a witchcraft film festival in San Francisco?

Sit in the said-to-be haunted and historic Balboa Theatre Saturday, October 19 for a day’s worth of witchcraft-related films as part of the Sorceress Sabbath Witchcraft Film Festival.

The festival, put on by the Super Shangri-La Show, will celebrate all things supernatural with seven films, including titles mostly from the ‘60s and ‘70s, such as ‘Burn, Witch, Burn’, ‘Daughters of Satan’ (featuring a young Tom Selleck), ‘Night of the Demon’, and ‘The Devil’s Rain.’

D’Aoust, an author and scholar of alchemy and occult lore, will give a talk at 6:30 p.m. on familiars or, according to medieval folklore, animal guides.

An event held in conjunction with the film fest, the Modern Witches Confluence, will “honor the Witches New Year.” 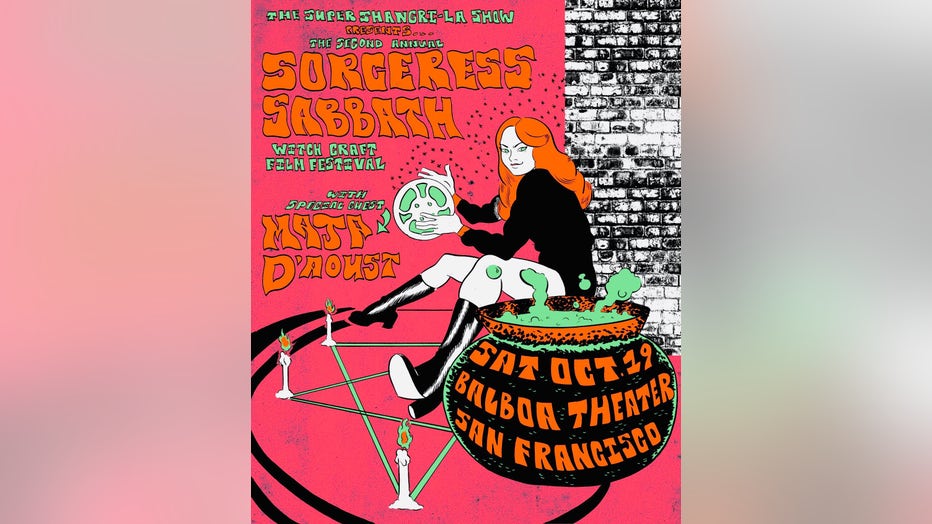 “We expect around 1,000 witches to gather for our events over the weekend.”

“We expect around 1,000 witches to gather for our events over the weekend,” said Casey Zabala, founder of the Modern Witches Confluence. “Often times witches are associated with something ‘evil’ or ‘dark.’ Witches are really people who are in touch with the Earth's natural rhythms, celebrating seasonal shifts and operating from an animistic framework.”

Their gathering kicks off on Friday with an Opening Circle at The Laundry, a creative space and café in San Francisco, and lasts three days, culminating with the main event at SF’s County Building in Golden Gate Park.

Features of the second-annual ticketed event include witchy workshops on elemental scent magic, energetic herbalism and a 'Magical Marketplace' that is free and open to the public.

“In wiccan traditions, Samhain (also known as Halloween) is celebrated as the Witch's New Year. It's a time of honoring the end of one cycle, and the beginning of a new cycle,” said Zabala.

According to a press release, you can shop local for handcrafted products made by witches of all lineages and traditions. The Marketplace includes psychics, intuitive readings, healing sessions, and the Coven Tea Lounge.

So if you’re in the city this weekend, go ahead and let the pixie dust fly at either the film fest or the confluence. Feel the magic in the air!