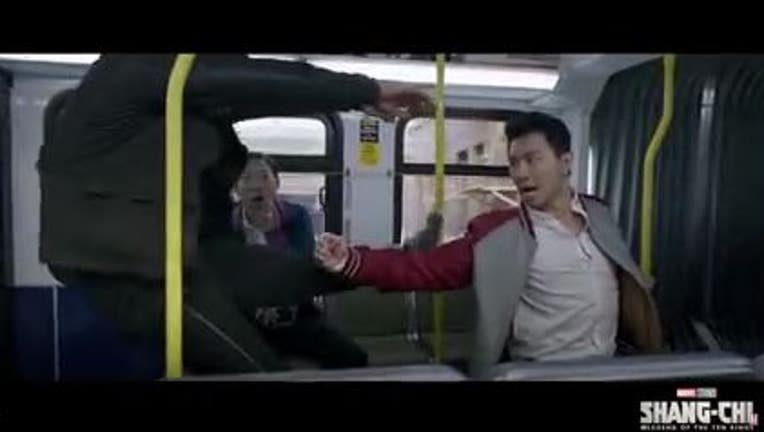 SAN FRANCISCO - A San Francisco Muni operator has gone viral for his entertaining and highly detailed Twitter thread in which he dropped some professional insight and expertise on the action-packed bus scene in the new Marvel movie, "Shang-Chi and the Legend of the Ten Rings."

On Saturday, after watching the movie, the bus driver who goes by Mc Allen, or "Mack," dissected and rated the scene, in a series of both humorous and informative tweets, breaking down each moment from the perspective of a transit operator.

The scene, which took place in San Francisco on a Muni-like bus run by the fictional SFT transit agency, involved main character and superhero Shang-Chi, played by Chinese-Canadian actor Simu Liu. Shang-Chi was with his friend Katy, played by Awkwafina, when they’re ambushed by a group of villains. And as any Marvel fan would expect, that’s when the high octane fight scene broke out.

One of Allen’s first critiques was the route the bus in the movie took, as he noted, "But the bus is headed south on Noe at 21st St, they are seriously off route!"

He also commented on the bus’s decor, saying, "I like these brushed steel and green cushion seats, they look nicer and harder to clean than muni's." And he noted the authenticity of a jazz and blues festival poster that was up inside the bus.

Then when the punches actually started to fly, Allen joked, "As a bus operator, this is the moment I pop my parking brake and open the doors."

He also made a commentary on how passengers wouldn’t pass up a chance to get video of drama unfolding.

The entertaining tweets were also infused with plenty of informative tidbits on bus operations, including how air brakes work and the importance of rear view mirrors, which he said "are bus operators best friends."

The 43 tweet thread ended with Allen lamenting that the bus driver in the movie would most likely not be keeping his job after a run like that. "Let's hope he lands on his feet," he joked, adding, "Maybe he'll drive charters?"

Allen’s tweets received more than 15K retweets, with some calling it "a must read" and "the thread you’ve been waiting for." Perhaps the biggest highlight for the bus driver was a retweet and reaction by Simu Liu himself, which the Muni worker said left him "flabbergasted!"

One might say that Allen offered a very fresh perspective as a bus driver, as he just recently graduated from the San Francisco Municipal Transportation Agency's (SFMTA) most recent operator class earlier this month. 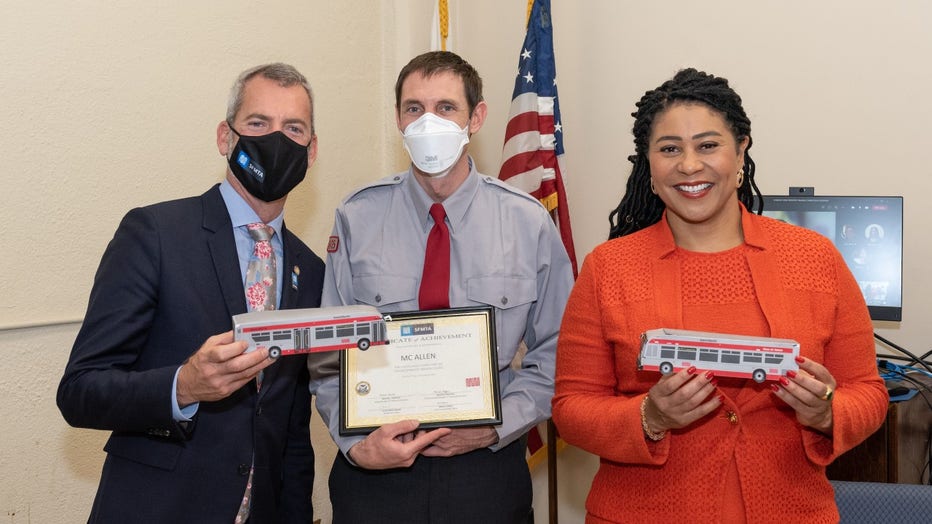 Muni officials were thrilled by the attention he received, calling him and his co-workers "the real heroes of San Francisco."

In a statement to KTVU, the transit agency lauded its drivers for their hard word and deep commitment, saying, "Mc Allen’s Twitter thread is an example of how much pride our operators take in their work— and their commitment to safety and customer experience."

In a follow-up to his now viral Twitter thread, Allen shared that he hoped his comments worked to encourage more people to take public transit.

"But really I just want you to support public transport by riding the bus more and driving a personal car less," he shared, adding, "And thank your operator when you get off the bus. Every ‘Thank you’ makes our day on the road a little better. I'm still a rookie operator, new to the job, but it make[s] a difference to me."