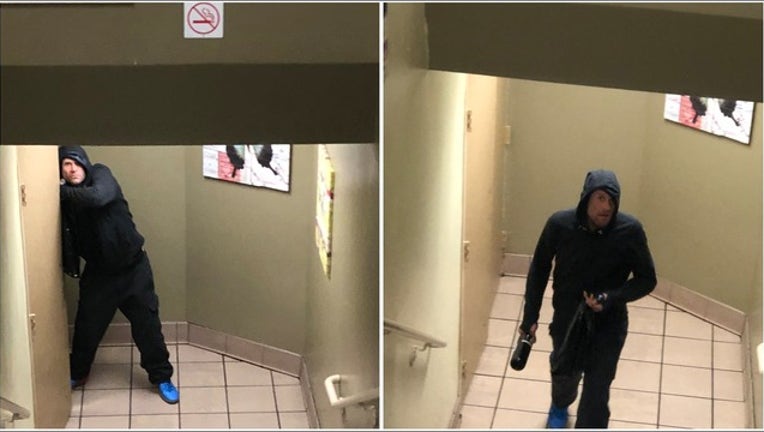 San Francisco police are asking for the public to help identify a man who allegedly struck an unsuspecting customer with a winde bottle at a downtown McDonald's restaurant.

SAN FRANCISCO (BCN) - Police are asking for the public's help in finding a man who allegedly attacked an unsuspecting customer at a McDonald's restaurant in downtown San Francisco in February.

The attack happened around 11 p.m. on Feb. 8 inside the fast food restaurant in the 600 block of Market Street.

According to police, the male suspect entered the restaurant and got into an altercation with a staff member and then left.

The man, however, then reentered the restaurant and proceeded directly to the front counter. Without provocation, the suspect then struck the victim's head with a wine bottle, police said.

The blow caused traumatic head injuries to the victim. The suspect was last seen fleeing on foot east on Market Street, according to police.

Police on Wednesday released surveillance images of the suspect in hopes that someone will recognize him.

Anyone with information is asked to call the San Francisco police 24-hour tip line at (415) 575-4444 or to text a tip to TPI411 and start the message with "SFPD." Tipsters can remain anonymous.