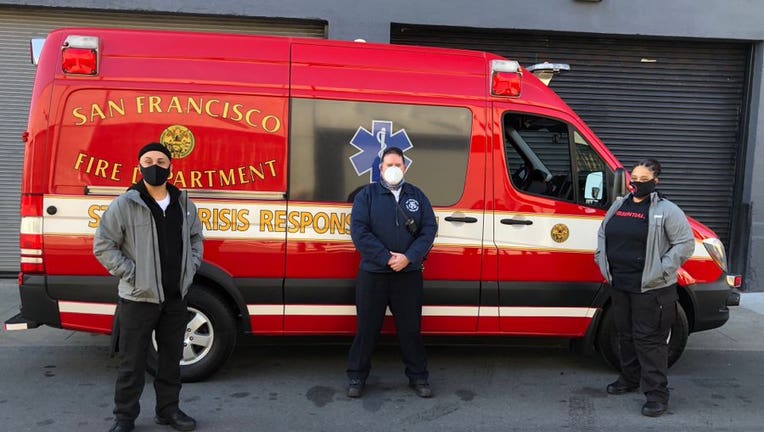 The launching marks the first phase of the pilot program, which is part of Breed's ongoing efforts to create non-law enforcement alternatives for non-violent emergency calls.

Under the first phase of the program, teams made up of behavioral health and medical professionals will respond to 911 calls in the city's Tenderloin neighborhood and focus on calls involving non-violent people experiencing mental health crises. The teams will then connect them to services supported by the city's Department of Public Health and ensure follow-up care, Breed's office said.

The team includes behavioral health peer specialists, who are people who have surpassed homelessness, substance use and, or mental health issues and become skilled to help others experiencing such situations, according to Breed's office.

"This new program can help us break the cycle that all too often keeps people going in and out of our emergency rooms and our jails. When the Street Crisis Response Team responds to a call for someone in crisis, they'll be able to help with compassion and clinical skills to get people the care and support they need," Breed said. "Changing the way we respond to non-violent calls is going to take works and it's going to take time. TheSCRT is an important first step in our long-term effort change how we respond to people suffering on our streets."

Under the program's first phase, the teams will operate in the Tenderloin Monday through Friday from 10 a.m. to 6 p.m. The city then plans to add more teams in the coming months, with six teams by March 2021. The city hopes to then expand the teams to operate citywide, seven days a week.

The program was created through a partnership between the DPH and the city's Fire Department and is part of Mental Health SF, an ongoing effort to revamp the city's responses to mental health and substance use problems.