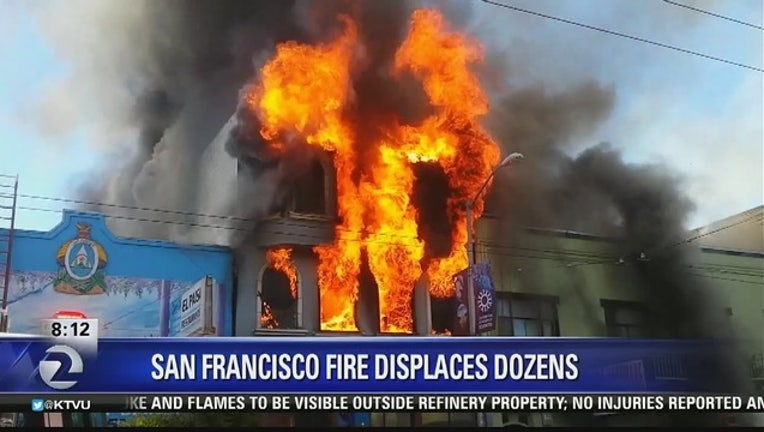 SAN FRANCISCO (BCN) - San Francisco Supervisor David Campos today called for the city to develop a strategy for assisting residents displaced by fires in the wake of a massive five-alarm fire in Bernal Heights this weekend that damaged six buildings and displaced 57 people.

Speaking at a Board of Supervisors meeting this afternoon, Campos said that in the wake of the fire and other recent large fires in the Mission, his office has had to scramble to help find housing for displaced residents because the city does not have places set aside or a clearly established plan for helping them.

"It is shameful that when I visit a fire victim, all I can tell her is my staff is doing the best we can, but I have no way of guaranteeing her housing," Campos said.

Campos had previously scheduled a hearing before the Public Safety and Neighborhood Services Committee for next week to discuss a backlog in fire investigations. The supervisor said he now also plans to ask fire and city officials for updates on fire code enforcement and fire prevention efforts in the Mission District.

City officials on Monday said that the Human Services Agency was working to help find housing for displaced residents that need it, while the Office of Economic and Workforce Development is working with displaced businesses.

In addition, the Department of Emergency Management is submitting a Small Business Declaration Assistance Request to the state that could help provide low interest loans to affected businesses.

The fire, which was first reported Saturday around 2:30 p.m., began in a building at 3312-3316 Mission St. that housed a Cole Hardware store and four residential units above it, according to fire officials.

Of those displaced, half came from the Graywood Hotel, a building with mostly single-room occupancy units at 3308 Mission St.

While city officials have issued emergency demolition orders for two buildings, including the one where the fire started, the Graywood Hotel survived and should be able to be reoccupied after repairs, according to fire and city officials.

Fire officials today said hotel residents will be allowed back inside the building tomorrow morning by the owner to collect their belongings.

Fire investigators have not yet determined a cause for Saturday's fire, but said Monday that all sprinklers and alarm systems seem to have been working and there were no active fire code complaints for either the Graywood Hotel or the Cole Hardware building.